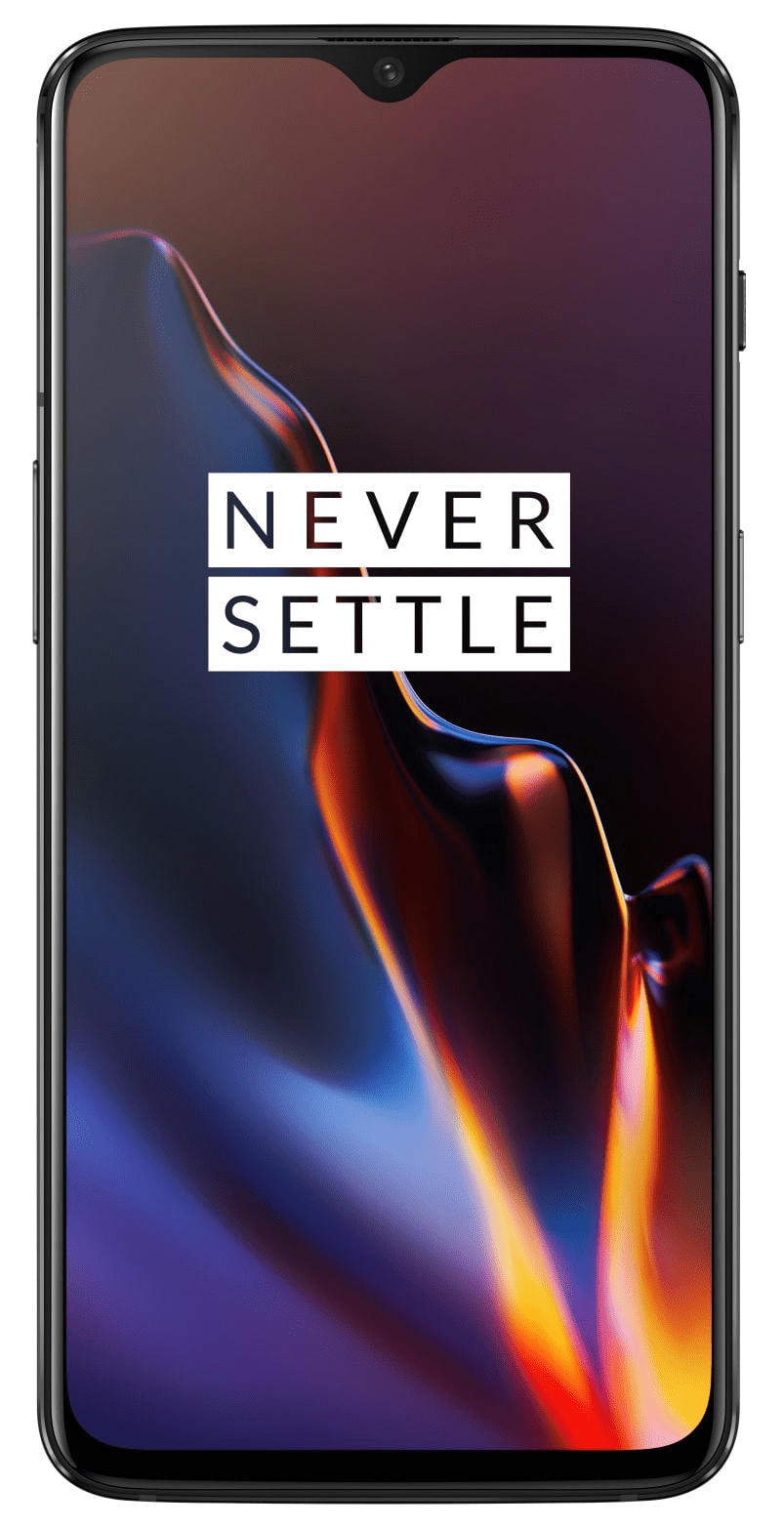 The OnePlus 6T is a stylish flagship phone that offers near top-end performance at a cheaper price than most premium models. The device includes a rich display, rapid speeds and an in-screen fingerprint sensor. Photographers may be disappointed by the camera system, which fails to compete with the very best, but that is reflected in the price.

The OnePlus 6T is the Chinese brand's second flagship release of the year after the excellent OnePlus 6. The updates from the previous model aren't colossal but the larger display and battery are both welcome improvements, especially considering that the 6T has remained a relatively cheap smartphone. Starting from £499 at release, the 6T provides high performance at half the price of its rivals.

This time around, OnePlus has introduced a super-sleek teardrop notch on the screen plus an ultra-modern in-display fingerprint sensor. Its speed and display quality also competes with many of the big hitters in the industry but without the premium price tag. The savings do come with a few drawbacks though: there's no wireless charging and the camera system could be better.

However, Tom's Guide says 'you won't find a better smartphone for this price' while TechRadar adds 'the OnePlus 6T is a compelling alternative to a lot of other top-end phones'.

T3 says the OnePlus 6T devices 'ooze style and class'  and it's easy to see why. On the front, OnePlus has ditched the more conspicuous rectangle notch from the 6 and replaced it with a subtle teardrop shape.

On the reverse, the design is simple and elegant. OnePlus has opted for a premium-looking glass back and removed the fingerprint sensor. The device comes finished in three elegant colour options: a matte black, a shiny mirror black and a purple to black fade. Digital Trends calls the look 'classier than a whole room full of people who've just graduated from etiquette school.'

OnePlus has also followed the trend of ditching the headphone jack but that shouldn't be a problem  a USB Type-C to headphone adaptor will come in the box.

The OnePlus 6T boasts visuals that rival some of the very best phones on the market. Its large, 6.4 inch Optic AMOLED display produces bright and rich colours that will be more than enough for the casual gamer or movie watcher.

Its 2,340 x 1,080 pixels and screen density of 402 ppi might be less than, say, the Samsung Galaxy Note 9, but you really won't notice the difference unless you put them side-by-side.

Plus, thanks to the tiny teardrop notch and thin side and chin bezels, the 6T has a screen-to-body ratio of 86 percent. This means the gorgeous AMOLED display really dominates the front of the device.

The 6T is powered by the Qualcomm Snapdragon 845 chipset and comes with either 6GB or 8GB of RAM. The combination creates a truly rapid phone which TechRadar says 'is the most accomplished OnePlus handset yet, capable of holding its own against the very best the competition has to offer.'

The powerful hardware is enhanced by the new Smart Boost function, which allocates memory resources to your most used apps. OnePlus claims this will give users 20% faster loading times in games.

The model also comes with a 3,700mAh battery, which will be more than enough to last you a full day. Despite the glass back, the OnePlus 6T doesn't support wireless charging; nevertheless, with the Fast Charge technology, users can top their phones up from zero to 60% in as little as 30 minutes.

The OnePlus 6T features the same rear dual-lens set-up as its predecessor  16MP and 20MP lenses both with an f/1.7 aperture. There's also a 16MP selfie-cam that sits in the teardrop notch and which features an f/2.0 aperture and auto HDR.

While its photos certainly aren't bad, the 6T is challenging heavyweights in the game and, unfortunately, it's just not up to scratch.

With no hardware improvements from its predecessor, OnePlus has turned their attentions to upgrading the software. However, despite the introduction of Nightscape mode which OnePlus says will help capture 'more detailed city shots after sunset', low-light performance isn't as sharp as either the iPhone XR's or the Google Pixel 3's. Similarly, the 6T's Portrait mode may not blow users away as much as OnePlus' competitors do, as the iPhone XR and Pixel 3 both take more detailed selfies.

OxygenOS includes a number of extra features such as Gaming Mode, which blocks notifications and limits other apps from using network resources for uninterrupted, lag-free gaming.

The in-display fingerprint sensor, however, is probably the most exciting upgrade to the OnePlus range. The new tech streamlines the unlocking process and feels truly cutting-edge - all for a budget-friendly price.

The OnePlus 6T has been available in the UK since 6 November 2018.

Every day, we search through thousands of tariffs and offers from UK online retailers to find the best OnePlus 6T deals and contracts across a selection of price points and needs.

Select 'Pay Monthly' if you're looking to get the OnePlus 6T as part of a monthly contract with minutes, data and texts. Alternatively, choose 'No Contract' if you prefer to buy the OnePlus 6T SIM Free or on Pay as You Go.

Finding the perfect deal is easy. Just use the sliders to filter tariffs for minutes, data, monthly cost and upfront cost. You can also filter by network and retailer to find the best OnePlus 6T deal for you!

The cheapest contract price in this category is cheaper than buying the OnePlus 6T SIM Free and a comparable SIM Only tariff by .
View SIM Only Contracts View SIM Free Prices

You could save on the cheapest contract price in this category by buying the OnePlus 6T SIM Free and a comparable SIM Only tariff separately.
View SIM Only Contracts View SIM Free Prices

Photos taken with the OnePlus 6T