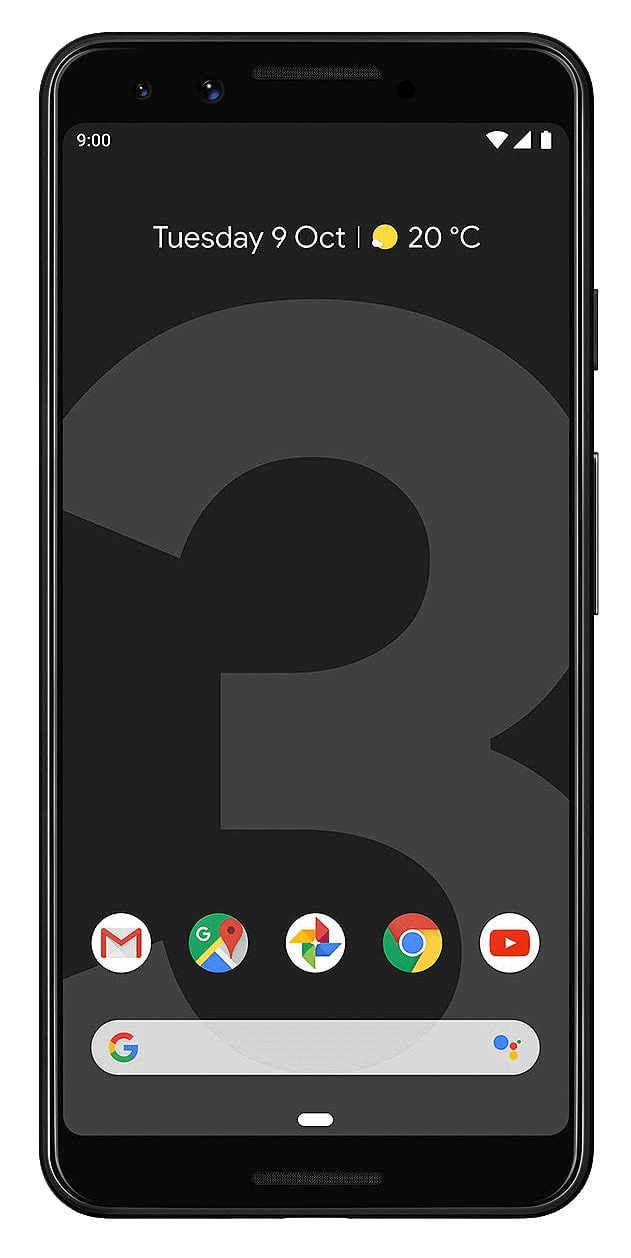 The Google Pixel 3 boasts one of  if not the  best smartphone cameras around, building on the already-excellent camera in the Pixel 2.

More improvements come in the form of a beautifully rich 5.5-inch OLED screen, packaged in a comfortable and user-friendly casing.

The Pixel 2 was an excellent all-round device and Google have built on that with their latest offering. Arguably, the standout feature of the Pixel 3 is its seriously impressive camera, which is among the best in the industry.

Elsewhere, its 5.5-inch OLED display produces bright and beautiful colours, a marked improvement on its predecessor.

The Verge claims "if you want the best Android experience and the best camera you can get on a phone today, the Pixel 3 is it." Tom's Guide agrees, saying, "the more I use it, the more I'm convinced it's the best Android phone you can buy."

The Pixel 3 looks and feels like a luxury phone. On the front, Google has stuck with the Pixel 2's top and bottom bezels. However, it has reduced the size of both, providing a more modern look and added screen real estate.

On the back, the opinion-dividing glass and metal design on previous phones in the series has been replaced. Instead, the latest iteration features an all-glass design, polished at the top and frosted lower down, enabling wireless Qi charging as well as giving the phone a truly premium finish.

Although some users may miss the headphone jack and microSD card slot, Google have certainly struck a balance between size and usability. Digital Trends says "of all the phones we've used over the last year, the Pixel 3 is the easiest to use one-handed and the most comfortable to handle."

The Pixel 3 has a larger screen than the Pixel 2 (5.5-inch compared to 5-inch) with roughly the same overall measurements, thanks to Google's reduction in bezel size. That's slightly smaller than the 5.8-inch screen on the iPhone XS, but without a notch.

While increased screen size is obviously welcome, the greatest improvements come in the display quality. Thanks to the OLED screen, which individually lights each pixel, the Pixel 3 offers bright colours and true, deep blacks. With a 2,260 x 1,080-pixel resolution and 18:9 aspect ratio, Google have really made the most of the screen's real estate.

Google have plumped for Qualcomm's nearly ubiquitous Snapdragon 845 processor, paired with 4GB of RAM, to power the Pixel 3.

While some may find the performance specs on paper less than thrilling, the average user will be more than satisfied with the speed of the Pixel 3. The Guardian says "the whole system, from switching apps to pulling up the camera, has a level of polish only matched by Apple's iOS on the iPhone XS."

Moreover, as Digital Trends notes, "the fact that the Pixel 3 is unencumbered by a manufacturer UI, like Samsung's Experience, means that it feels faster and slicker."

The Pixel 3 also comes with a 2,915mAh battery, which may not be as powerful as some users may have hoped for. Heavy use will probably drain the Pixel 3 within a day, but the intelligent Adaptive Battery technology in Android 9 Pie should help long term, as the device learns your usage patterns to limit the power usage of apps you rarely use.

The Google Pixel 3 brings a heavyweight camera that competes  if not beats  the very best in the smartphone market.

While the specs might seem fairly normal, the phone's Pixel Visual Core chip and machine-learning software help to elevate photos to a fantastic level of quality. The details are sharper, particularly in scenes with contrasting light, than in the majority of, if not all, smartphones.

In addition, Google has added a number of exciting camera functions to the Pixel 3. A particular highlight is Top Shot mode, which takes a burst of pictures and automatically recommends the best, reducing the chance of an accidental blink or sneeze ruining your shot.

TechRadar claims "the Google Pixel 3 has the best smartphone camera in the world", while Android Central says "photos from the Pixel 3 perfectly walk the line between having eye-catching colors and being accurate."

Google's Pixel 3 is shipped with Android 9 Pie, which brings with it a new set of navigation gestures. It might take a bit of time to get acquainted with the changes, but this should be a simple enough adjustment.

Indeed, Tom's Guide proclaims that the Android 9 Pie makes the Pixel 3 "the ideal companion that smartphones have always strived to be: delightfully intuitive and easy to live with, yet infinitely capable."

The new operating system also brings with it some handy features including Smart Replies in notifications and Digital Wellbeing. The latter is a particularly useful feature for those wishing to cut down on their screen time, as it shows users how much time they're spending on their devices and lets them set time limits for each app.

Every day, we search through thousands of tariffs and offers from UK online retailers to find the best Google Pixel 3 deals and contracts across a selection of price points and needs.

Select 'Pay Monthly' if you're looking to get the Google Pixel 3 as part of a monthly contract with minutes, data and texts. Alternatively, choose 'No Contract' if you prefer to buy the Google Pixel 3 SIM Free or on Pay as You Go.

Finding the perfect deal is easy. Just use the sliders to filter tariffs for minutes, data, monthly cost and upfront cost. You can also filter by network and retailer to find the best Google Pixel 3 deal for you!

The cheapest contract price in this category is cheaper than buying the Google Pixel 3 SIM Free and a comparable SIM Only tariff by .
View SIM Only Contracts View SIM Free Prices

You could save on the cheapest contract price in this category by buying the Google Pixel 3 SIM Free and a comparable SIM Only tariff separately.
View SIM Only Contracts View SIM Free Prices

Photos taken with the Google Pixel 3