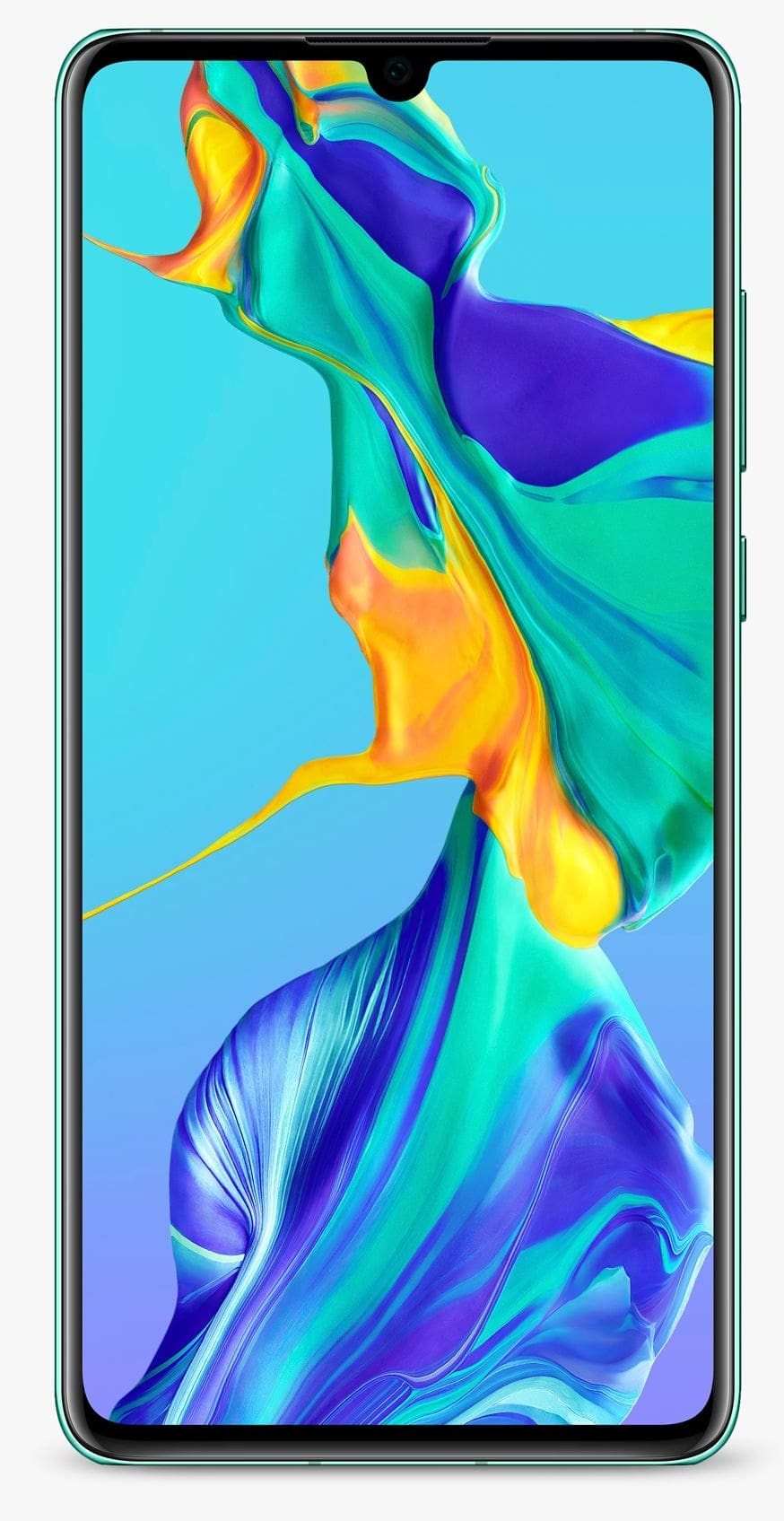 Huawei’s P range of phones are all about the camera (the P stands for photography), and with the P30 the Chinese brand is once again aiming to push the limits of smartphone camera technology.

The Huawei P30: In more detail

The P30 is the smaller, less feature-packed version of Huawei’s 2019 flagship, the P30 Pro. It offers a significant upgrade over 2018’s P20, with a bigger battery, a bigger screen and an extra camera - although it hasn’t seen as much of an upgrade as the P30 Pro over the P20 Pro. The camera is the P30’s headline feature: Huawei has again teamed up with camera manufacturer Leica to produce a device that will, it claims, push the envelope of smartphone photography. Whilst the camera is undeniably strong, it’s less impressive than the P30 Pro’s. With its less premium specs, the P30 has a correspondingly smaller price tag than the P30 Pro.

The P30 features a triple-camera setup on the rear. It has a 40MP main sensor, a 16MP ultra-wide sensor and an 8MP telephoto sensor. For the main sensor, Huawei has dispensed with the typical RGB configuration (red, blue, green) in favour of RYYB (red, yellow, yellow, blue). This ‘Super Spectrum’ technology is designed to absorb more colour and brightness information for better low-light photos.

The camera is where the P30 differs most from the P30 Pro. It lacks the P30 Pro’s time-of-flight sensor (which gives better background blurring), and the main sensor has a slower f/1.8 aperture and no optical image stabilisation, which should mean the P30 has less of an advantage in low light. It also lacks the P30’s incredible 5x optical zoom, replacing it with a 3x zoom.

Despite these differences, the P30’s camera is still very good. TechRadar found it was ‘fantastic at picking up vibrant colours’ and that photos taken in good light had great detail - even using the 30x digital zoom. Expert Reviews thought that although it wasn’t quite as good as the P30 Pro’s, the P30’s camera was ‘still great’ and that it was ‘another great effort from Huawei on the smartphone camera front’.

The P30 has a similar design to the P20, with a curved glass back and metallic rim. It comes in five pearlescent colour finishes: Breathing Crystal (light blue), Aurora (purple/blue), Amber Sunrise (orange), Pearl White and Black. Expert Reviews described it as ‘stunning in its shimmering sheen’.

The top and bottom edges are slightly squarer than the P20’s, which TechRadar thought looked ‘curiously angular compared to the rest of the design’. The screen has a teardrop-shaped notch for the 32MP front camera, and an in-screen fingerprint sensor that Huawei claims is its fastest-unlocking ever. Unlike the P20 and P30 Pro, the P30 has a 35mm headphone jack.

It only has IP53 dust and water resistance (compared to the P30 Pro’s superior IP68), which means it will withstand dust and splashes of water, but nothing more.

Huawei has increased the screen size on the P30 to 6.1 inches (the P20 had a 5.8-inch screen). It’s smaller than the P30 Pro’s 6.47-inch display but it has the same specs, so the quality is just as good. In fact, as the P30 has the same resolution as the P30 Pro over a smaller screen, it actually has a slightly higher pixel density (422ppi compared to 398ppi) so it should be marginally sharper.

The Full HD+ resolution means the display isn’t quite as sharp as the quad-HD+ screens on phones like the Pixel 3 and LG G8, and the OLED panel can’t compare with Samsung’s brilliant AMOLED display. However, Gizmodo found it ‘bright, saturated, super-clear’ while TechRadar thought ‘colours really popped...with softer tones looking especially vibrant, while contrast was also good’.

Like the P30 Pro, the P30 is powered by the Kirin 980 chipset, which Stuff calls ‘powerful, fast and intelligent’. This is combined with 6GB of RAM and 128GB of storage. Coupled with Huawei’s EMUI 9.1 software, it offers a fluid user experience and fast browsing. Expert Reviews found it had ‘a snappy, responsive feel and superb performance’. TechRadar found the EMUI software ‘rather lurid to look at’.

The P30 has a 3,650mAh battery - a step up from the P20’s 3,400mAh - and its software is designed to reduce battery consumption, so it should last a full day on a single charge. Expert Reviews found its battery life to be ‘excellent’. It has 40W fast charging, which should get you from 0-70% in around half an hour, but it doesn’t support wireless charging.

Every day, we search through thousands of tariffs and offers from UK online retailers to find the best Huawei P30 deals and contracts across a selection of price points and needs.

Select 'Pay Monthly' if you're looking to get the Huawei P30 as part of a monthly contract with minutes, data and texts. Alternatively, choose 'No Contract' if you prefer to buy the Huawei P30 SIM Free or on Pay as You Go.

Finding the perfect deal is easy. Just use the sliders to filter tariffs for minutes, data, monthly cost and upfront cost. You can also filter by network and retailer to find the best Huawei P30 deal for you!

The cheapest contract price in this category is cheaper than buying the Huawei P30 SIM Free and a comparable SIM Only tariff by .
View SIM Only Contracts View SIM Free Prices

You could save on the cheapest contract price in this category by buying the Huawei P30 SIM Free and a comparable SIM Only tariff separately.
View SIM Only Contracts View SIM Free Prices

Photos taken with the Huawei P30