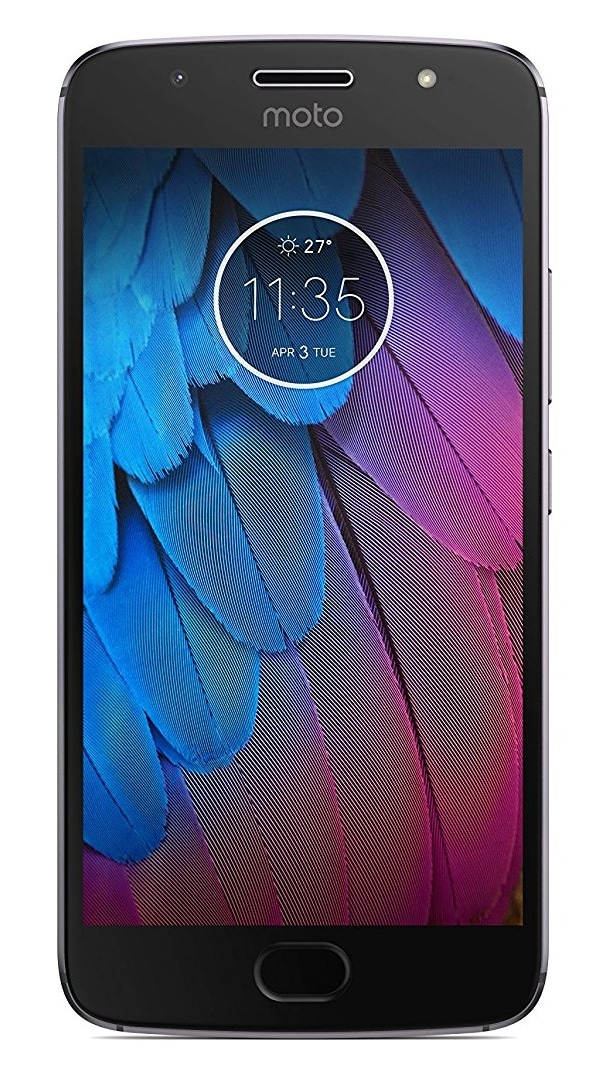 Should you buy the Moto G5S?

Motorolas latest handset, the Moto G5S, is an appealing addition to their popular range for those looking for a premium phone on a budget. At first glance, the phone certainly looks to be an upgrade on its predecessors, but whether its really worth the extra money remains questionable.

The Moto G5S: in more detail

Just as the G5 was an upgrade on what went before, the G5S is again a more stylish phone than its predecessor. Although the G5 looked fairly high-end, in reality its plastic body and metal plating were far from premium. For its newer model, Motorola has gone a step further and given the handset an all-in-one, high-grade aluminium finish, giving the phone a classier, more sophisticated look.

The G5S is slightly larger than the G5 at 5.2 inches compared to 5, but it certainly doesnt have a negative impact on the phones usability. Although the G5S is 12g heavier than the G5, the phone doesnt feel awkward to hold or use, and is ideal for everything from simple messaging to video playback thanks to its crisp 1080p resolution.

The phone comes with 32GB storage and also uses the popular Android 7.1 Nougat -  the notification screen, settings menu and app tray all look reassuringly clear and simple to use. The Moto G5S also makes the most of Motorola Actions - these shortcuts are activated by different gestures, such as twisting the phone in the air to access the camera, and can be fully customised to individual users needs.

It also keeps faith with Motorola gestures, shortcuts such as twisting the phone in the air to access the camera more quickly which can be fully adapted to users own needs.

One complaint about the G5 which has been resolved in the G5S is the addition of NFC (near field communication).  NFC technology is a short-range, wireless technology that lets you quickly and wirelessly exchange information between your phone and NFC-enabled access points. This gives people the chance to pay for purchases contactlessly with their phones  an addition that many will welcome.

However, while the phone is a step-up in some areas, its questionable whether its really worth paying the extra money. On the surface there are some useful additions, but the Snapdragon 430 processor and 3GB of RAM have not received an upgrade from the G5. Although this is just about good enough for a hitch-free experience on most occasions, it seems strange to have upgraded the handset in a number of areas but not  made any improvements to its actual power and speed.

One thing that does stand out with the G5S is its camera, which has gone from 13MP to 16MP. This allows even photographers who lack in confidence to take great shots with vivid and bright colours, something that is not always the case with mid-range phones like this. Despite these welcome advancements, taking pictures in low lighting remains a bit of an issue and the front camera is still only 5MP, which may result in some lower-quality selfies than people would wish for.

Another tick for the G5S is its 3000mAh battery, which can keep going for close to a full day with medium usage - the G5S can even stretch into two days if used a little less frequently. The bigger handset seems to have equated to a bigger battery and thanks to its turbo-charging function, 15 minutes of charging can provide around five hours of battery life.

Overall, the G5S has fixed a number of issues with previous handsets in its range and made a fair few changes that will definitely be welcomed. However, some of the most fundamental elements of the phone havent been upgraded to a standard that would warrant the extra spend, and users may find themselves questioning whether it was really worth bringing out another model so similar to others already on the market. Despite that, the phone still remains a good option for anyone looking for a premium phone with a sleek design on a mid-range budget.

Every day, we search through thousands of tariffs and offers from UK online retailers to find the best Moto G5S deals and contracts across a selection of price points and needs.

Select 'Pay Monthly' if you're looking to get the Moto G5S as part of a monthly contract with minutes, data and texts. Alternatively, choose 'No Contract' if you prefer to buy the Moto G5S SIM Free or on Pay as You Go.

Finding the perfect deal is easy. Just use the sliders to filter tariffs for minutes, data, monthly cost and upfront cost. You can also filter by network and retailer to find the best Moto G5S deal for you!

The cheapest contract price in this category is cheaper than buying the Moto G5S SIM Free and a comparable SIM Only tariff by .
View SIM Only Contracts View SIM Free Prices

You could save on the cheapest contract price in this category by buying the Moto G5S SIM Free and a comparable SIM Only tariff separately.
View SIM Only Contracts View SIM Free Prices

Photos taken with the Moto G5S