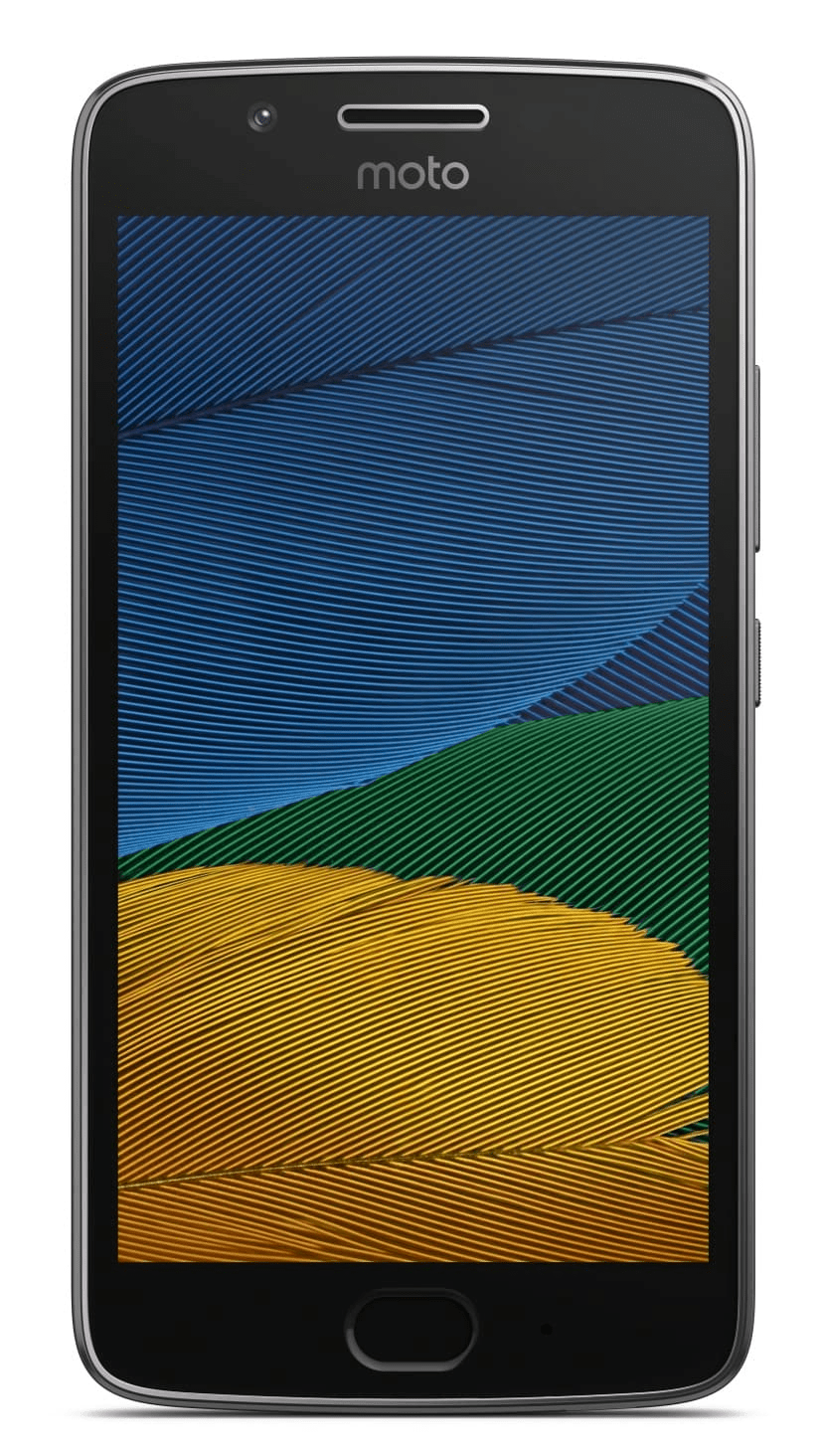 The fifth generation handset in Motorola's best-selling G range continues to be excellent value for money while looking like it could have cost a lot more. The Moto G5 has a sleek aluminium finish - a definite upgrade from its predecessor, the G4. It's got a vivid, crisp display and performs well on all the basics, making it a real winner for anyone on a budget.

The Moto G5: in more detail

The G5 definitely looks and feels like an upgrade compared to previous models in the series, which had a plasticky feel and looked like the budget phones they were. At first glance this seems very much like a high-spec phone - and in most ways, it is. The fingerprint scanner is a welcome addition and the fact the phone uses the Android Nougat operating system means it's quick and easy to navigate. With a bright, sharp display and a decent camera, this is a phone that punches well above its price tag - as reflected by the fact that it was consistently rated one of the year’s best budget smartphones throughout 2017.

The G5 is much better-looking than its predecessor, with a sleek brushed aluminium rear panel and an all-glass front.

Despite its premium design there are a few giveaways that this is a budget phone, like the chunky bezels around the screen and the plastic edges, but overall the G5 looks and feels much classier than its price tag would suggest.

The 5-inch Full HD display is smaller than the G4's but is the ideal size for most activities including reading, watching TV and gaming. It has a resolution of 1920x1080 pixels and a density of 441 pixels per inch, giving vibrant colours, sharp detail and good viewing angles.

It has two different colour modes, standard and vibrant, with the latter producing brighter, punchier colours. Trusted Reviews found that on vibrant mode it ‘doesn't look too far off a phone twice the price or more’. However, Expert Reviews thought it was marginally inferior to the G4's display, with ‘slightly duller, less vibrant’ colours.

Under the hood, little progress has been made since the G4. The G5 is powered by the Snapdragon 430 chipset, which is a lower-grade processor than the G4's. However, the phone still performs well and can smoothly handle everyday tasks such as texting or browsing the web, but can occasionally feel a little laggy when opening and closing down apps.

The G5 comes with just 16GB of storage, but luckily has the ability to hold up to 128GB with a microSD support card. Buyers can also choose between 2GB or 3GB of RAM - we'd suggest paying a little more for the upgrade, as it's worth it for the extra speed and slicker experience it will give you.

The G5's camera has largely the same specs as the G4's, with a 13MP sensor and an f/2 aperture. This time around, however, Motorola has added phase-detection autofocus, which allows the camera to focus more quickly. On paper, these specs look impressive for such a cheap phone.

In practice, it's generally good. TechRadar called it ‘decent, but unremarkable’, Trusted Reviews said it was ‘generally nice-to-use’ whilst Expert Reviews called it ‘an accomplished snapper’. Most reviewers found that in good lighting conditions it took excellent shots, but in lower light it was less successful.

Its 5MP front camera has a wide angle lens to make for better selfies, and includes a 'beautification' mode to edit images so you don't have to rely on apps. Other features include the ability to take a photo by tapping anywhere on the screen rather than just one button, making it easier to take selfies, as well as panorama and slow motion video.

It's fair to say the G5's battery is decidedly average. Trusted Reviews found it lasted around a day with normal use, but ran down before night-time with heavier use. However, the inclusion of a fast-charging plug does help if you need to charge quickly - TechRadar found it gave an extra 30% in 20 minutes.

One advantage of the G5's battery is that it can be removed, which isn't often the case with devices these days. This means that should the battery start to fail, as seems to occur every few years, then you can easily replace it without having to buy a whole new phone.

Every day, we search through thousands of tariffs and offers from UK online retailers to find the best Moto G5 deals and contracts across a selection of price points and needs.

Select 'Pay Monthly' if you're looking to get the Moto G5 as part of a monthly contract with minutes, data and texts. Alternatively, choose 'No Contract' if you prefer to buy the Moto G5 SIM Free or on Pay as You Go.

Finding the perfect deal is easy. Just use the sliders to filter tariffs for minutes, data, monthly cost and upfront cost. You can also filter by network and retailer to find the best Moto G5 deal for you!

The cheapest contract price in this category is cheaper than buying the Moto G5 SIM Free and a comparable SIM Only tariff by .
View SIM Only Contracts View SIM Free Prices

You could save on the cheapest contract price in this category by buying the Moto G5 SIM Free and a comparable SIM Only tariff separately.
View SIM Only Contracts View SIM Free Prices

Photos taken with the Moto G5