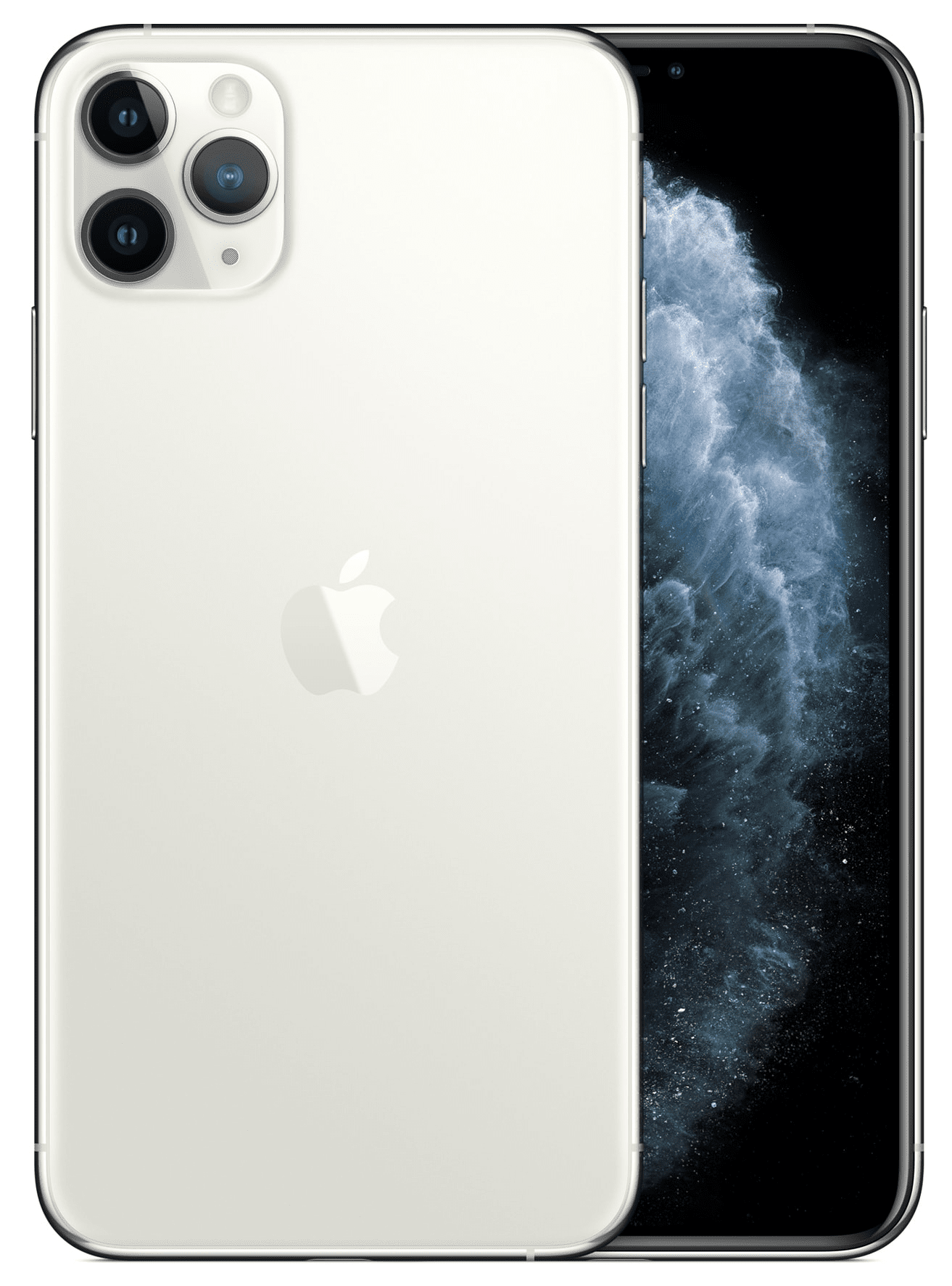 The iPhone 11 Pro Max is Apple’s biggest and most powerful phone yet, and larger sibling to the iPhone 11 Pro. Like the Pro, it features an impressive new camera, enhanced battery life and an upgraded screen.

The iPhone 11 Pro Max is the largest of Apple’s thirteenth generation. It is essentially the same as the iPhone 11 Pro, but with a bigger screen and better battery life. Its headline feature is its new triple camera, which adds an ultra-wide lens to the standard wide and telephoto lenses. Reviewers were very impressed with the camera, generally agreeing it’s one of the best smartphone cameras out there. It also has an upgraded processor, a brighter screen and a new version of iOS. At around £100 more than the Pro, it’s the most expensive iPhone available - but this is the iPhone to go for if you value extra screen space and longer battery life.

The camera is the iPhone 11 Pro Max’s standout feature. For the first time on an iPhone, it has three lenses: the usual main lens and telephoto lens are joined by an ultra-wide lens, enabling you to fit more of a scene into your photo.

Apple has improved its night mode this time around, with reviewers generally impressed by the results. TechRadar said the photos it took were ‘sometimes staggering’ and that the night mode was the ‘single biggest reason to buy a new iPhone’. It also has an improved portrait mode and the latest Smart HDR, which ensures different elements in a photo are exposed correctly and evenly, and improves dynamic range.

Digital Trends thought it was ‘among the best camera phones available’, taking photos with ‘largely natural’ colours and ‘impeccably strong’ details. The Guardian called it ‘a massive step up on previous iPhone cameras’, putting Apple ‘firmly up with the best’ in the smartphone camera stakes. Trusted Reviews found the camera consistently delivered ‘excellent images’ for everyday shots, with great detail and vibrant, well-saturated colours.

The iPhone 11 Pro Max is largely similar in design to its predecessor, the XS Max. It has the same stainless steel and glass body, curving sides and notch cutout on the screen.

Where it differs is on the rear, with a new frosted matte finish that makes it less prone to fingerprint smudges. It also has a large, square camera bump to house the new triple-lens setup. The phone is available in a new colour, midnight green, which is a greyish, military green, alongside grey, gold and silver.

The phone is bigger than its sibling, the iPhone 11 Pro. At 77.8mm wide, it divided opinion among reviewers: The Guardian found it ‘really difficult to use with one hand’, while TechRadar thought it was ‘not overly’ large and would be ‘more than manageable day to day’ if you had used large phones previously.

Along with the camera, the iPhone 11 Pro Max’s large screen is one of its main selling points. It has a 6.5-inch display (compared to the Pro’s 5.8 inches) and has seen an upgrade in terms of brightness. This is boosted even more when watching HDR video content: Digital Trends found it delivered ‘impressive brightness’ and had ‘zero trouble watching shows with a lot of dark scenes...in bright sunlight’.

The screen is another way the iPhone 11 Pro and Pro Max differ from their cheaper counterpart, the iPhone 11. The Pro models have an OLED display rather than LCD, meaning they’re significantly sharper, more vibrant and more capable of high contrast.

TechRadar was impressed by the ability to watch Dolby Vision content, which offered a ‘far more cinematic’ experience. Trusted Reviews thought the screen was ‘fantastic, sharp and colourful’ and ‘easily one of the nicest to look at out of any 2019 phone’. The Guardian called it ‘a gorgeous display. Sharp, bright, colour-rich and full of contrast’.

The iPhone 11 Pro Max is powered by the same A13 Bionic chip as the iPhone 11 and 11 Pro. This is Apple’s most powerful processor ever, making this a very fast phone. It’s paired with 4GB of RAM and either 64GB, 256GB or 512GB of storage.

TechRadar found in their testing that the it was the fastest phone around (along with its smaller sibling, the iPhone 11 Pro) and found it could handle any number of apps easily. The Guardian found that ‘everything happens promptly, including intensive tasks such as video editing and gaming’ and thought it would remain ‘a top performer for years to come’. In Digital Trends’ tests its scores were among the highest they’d ever seen on a smartphone, only being beaten by the iPhone 11 Pro.

TechRadar found that it lived up to the claim, with the phone lasting around 23 hours with extremely heavy use. Digital Trends called its battery life ‘incredible’, finding it lasted a full day of ‘comfortable, worry-free use’ and a day and a half, if not two, of light use. The Guardian found it lasted almost a full 48 hours between charges.

It has fast charging capability, and for the first time Apple has included a fast charger in the box. This should get your battery to 50% in around half an hour.

Every day, we search through thousands of tariffs and offers from UK online retailers to find the best Apple iPhone 11 Pro Max deals and contracts across a selection of price points and needs.

Finding the perfect deal is easy. Just use the sliders to filter tariffs for minutes, data, monthly cost and upfront cost. You can also filter by network and retailer to find the best Apple iPhone 11 Pro Max deal for you!

The cheapest contract price in this category is cheaper than buying the Apple iPhone 11 Pro Max SIM Free and a comparable SIM Only tariff by .
View SIM Only Contracts View SIM Free Prices

You could save on the cheapest contract price in this category by buying the Apple iPhone 11 Pro Max SIM Free and a comparable SIM Only tariff separately.
View SIM Only Contracts View SIM Free Prices