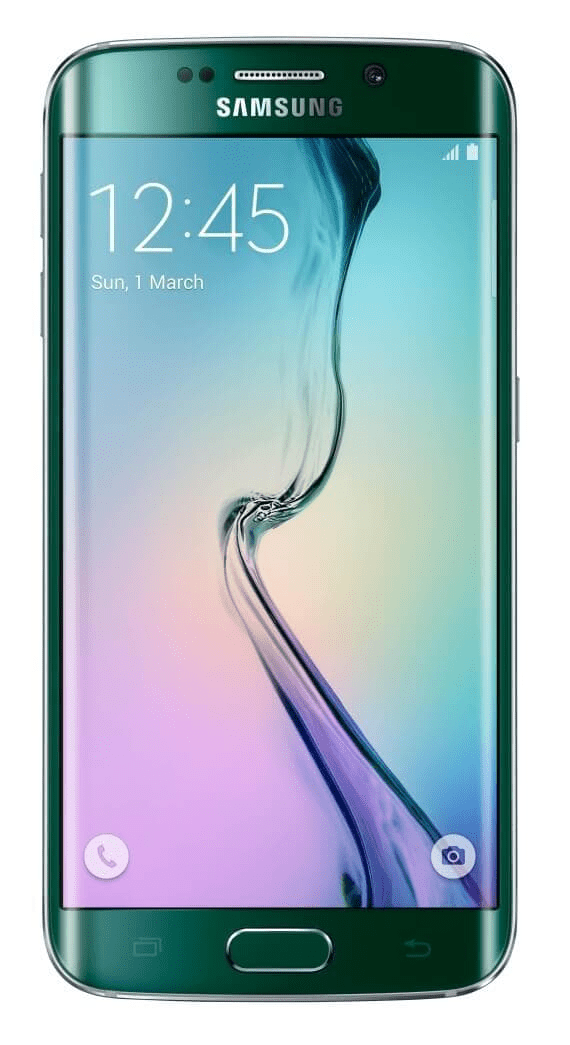 Should you buy the Samsung Galaxy S6 Edge?

The Samsung Galaxy S6 Edge is the near twin of the Samsung Galaxy S6. The two handsets share many characteristics, and reviewers in general agree that Samsung has restored its reputation after disappointment with the Galaxy S5 last year.

The standout difference between the Galaxy S6 and the Galaxy S6 Edge is the curved screen of the Edge model. The curved screen is not a new idea - Samsung has used it before in its high-end Galaxy Note Edge. But it is different enough to raise eyebrows, and Samsung has added a few software features that make the most of the screens design, to help justify its presence beyond the wow factor.

For many reviewers there is no doubting the appeal of this phone: Expert Reviews headlines its commentary with "the best Android phone ever." But this comes at a cost, so pros and cons need to be weighed carefully.

Just like the Samsung Galaxy S6, the Samsung Galaxy S6 Edge is powered by the very latest Exynos 7420 SoC octa core processor. Reviewers praise the phone as extremely fast and capable  though many point out that the phone can run hot. The Verge said "I often found that both versions of the S6 get warm, especially when using processor- or graphics-intensive apps."

The built-in storage offers an option of either 64GB or 128GB of data space, but - again, like the S6 - there is no microSD card slot to expand on this memory.

The metal and glass design gets lots of praise, with reviewers seeing this as a real step forward from past production materials. The Telegraph says "the tempered Corning Gorilla Glass and metal body is a world away from the sticking-plaster feel of the Galaxy S5's plastic back."

But the way the physical home button stands out is not universally liked  some say it is easy to accidentally press it when the phone is in a pocket. Reviewers are also not impressed with how the camera lens protrudes from the back of the case  the same feature that was criticised on the Samsung Galaxy S6. It is less pronounced in this case because the S6 Edge is not quite so thin as the S6, but it is still a notable blip in an otherwise very well received handset design.

As with the S6, some reviewers feel the glass back is slippery under the fingers, though for many it was felt to be better in this respect than the notorious Sony Xperia Z3.

A number of reviewers also point out their disappointment in the absence of waterproofing, commenting that theyd expect to see this in such a premium handset. For example, Pocket Lint says: "the Samsung hardcore may be left scratching their heads as to why a premium feature has been binned as part of the design process."

For many reviewers the curved screen makes this handset the one to get, but some critics feel that Samsungs screen-designed software doesnt provide sufficient additional usability. Engadget comments: "the few software gimmicks that make use of the Edge's beautiful curved display just don't do much to justify the extra cost. Buy it for its looks, not because it's any more functional."

In fact, the curved screen can sometimes hinder functionality, as Trusted Reviews points out: "the curved screen makes it all too easy for your hand to brush against the edge of the screen, which prevents you from scrolling or hitting a link with your thumb."

Some reviewers felt there were insufficient features developed for the curved screen in comparison to the curved Galaxy Note Edge  though the Note Edge is only curved down the right-hand side and the S6 Edge is curved on both, enabling right- or left-handed users to choose the side they want to use for features. The features it does have include the possibility to get caller alerts from up to five contacts, a nicely designed Information Stream for notifications and news feeds, and a handy night clock.

The 5.1-inch screen itself comes in for a lot of praise. It carries the same 2560 x 1440 pixels as the Samsung Galaxy S6 and reviewers noted how sharp it is. The screen is fitted into a relatively slim body  Trusted Reviews points out that "Samsung has managed to pack a 5.1-inch screen into a body not that much bigger than the 4.7-inch iPhone 6." This makes the phone easier to hold and use with one hand.

The 16 megapixel main camera gets wide applause from reviewers, and Expert Reviews points out that the "16-megapixel sensor has received several improvements since the Galaxy S5, including optical image stabilization." Pocket Lint adds "the interface is quick and easy to use, with speedy autofocus and face-detection." In addition, the camera can be launched with a double click of the home button, and real-time HDR is turned on by default, helping you to get fast, super-high quality images.

Reviewers disliked the non-removable battery, and the fact that while wireless charging is supported theres no wireless charger provided with the handset. But what disappoints them the most is overall battery life  the Telegraph says "If there was a single point I'd fault the Edge on, it would be battery life, or lack thereof."

On the plus side, many reviewers highlighted the fast charging option which Samsung says will give you four hours of battery with just 10 minutes of charging.

Reviewers note that the fingerprint scanning capability is improved in this latest Samsung phone, and with no need to swipe across the Home button it is easier to sign in using one hand. It is also praised for its speed so that for many reviewers, fingerprint sign-in is as convenient as using a passcode.

The heart rate sensor can be used in conjunction with Samsungs S Health app to monitor physical activity. It is on the back of the phone and is a big improvement over the sensor on the Samsung Galaxy S5. Engadget notes there is "a tiny black divot where the LED flash and heart rate sensor live. Unlike the crater that marked the Galaxy S5's back, the assembly here is almost flush with the S6's rear. It's a small touch, but it makes taking heart rate and blood oxygen readings in S Health quite a bit easier."

Many reviewers note that Samsung has cut down on its pre-installed apps, but that there are still lots of them in addition to its own TouchWiz user interface that sits over Android. Expert Reviews says "there are less than two pages of pre-installed apps in the app tray when you first turn on the phone, which is brilliant news for anyone who's suffered through mountains of Samsung bloatware on its previous handsets". Pocket Lint notes "the only additional hoop to jump through is signing into a Samsung Account - but why wouldn't you, as that brings with it benefits such as the 100GB OneDrive [cloud storage]."

Also, the S6 Edge has Samsungs new on-the-go mobile payment system, though the roll-out date for this in Europe is unconfirmed  CNET says "the S6 [is set] up for making mobile payments using Samsung Pay, which launches this summer in the US and South Korea." Although this tool is compatible with more tills than Apples alternative, as it works with mag-stripe readers, this may not give it a significant advantage in the UK and Europe, where card readers do not usually use the mag-stripe technology, and where contactless and tap-payment systems are already prevalent.

Every day, we search through thousands of tariffs and offers from UK online retailers to find the best Samsung Galaxy S6 Edge deals and contracts across a selection of price points and needs.

Finding the perfect deal is easy. Just use the sliders to filter tariffs for minutes, data, monthly cost and upfront cost. You can also filter by network and retailer to find the best Samsung Galaxy S6 Edge deal for you!

The cheapest contract price in this category is cheaper than buying the Samsung Galaxy S6 Edge SIM Free and a comparable SIM Only tariff by .
View SIM Only Contracts View SIM Free Prices

You could save on the cheapest contract price in this category by buying the Samsung Galaxy S6 Edge SIM Free and a comparable SIM Only tariff separately.
View SIM Only Contracts View SIM Free Prices