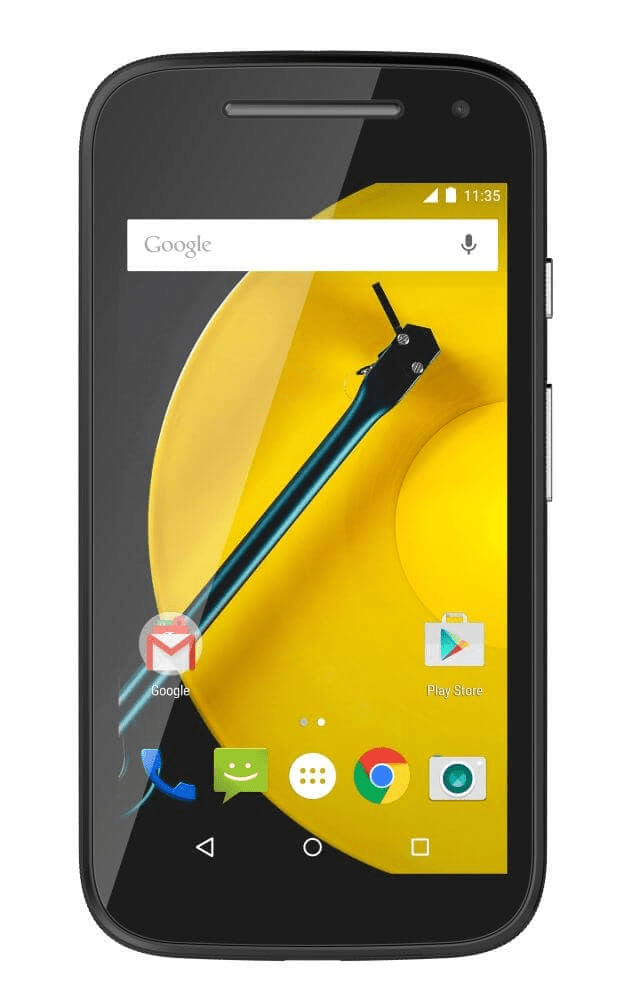 Should you buy the Motorola Moto E (2015 Version)?


Motorola have been necessarily aggressive in the way they've priced (and thus, positioned) the Moto E (2015) as the most affordable high-quality smartphone on the market today.


What the Moto E (2015) lacks in camera quality and processor speed, it makes up for in some major, elegant design improvements over last year's version, as well as improved battery life (up to 20% longer lasting than 2014's Moto E), and the inclusion of 4G connectivity, allowing for faster internet access.


The phones that grab all the headlines may well at the higher end of the market, but the affordable smartphone market is well worth considering, with the Moto E (2015) leading the pack in almost all criteria.

The aggressively low price point of the Moto E (2015) is perhaps its most significant feature; it being the thing that has reviewers flocking to it in the first place.


Despite being slightly more expensive than 2014's Moto E, the Moto E (2015) is still cheap enough to be considered a budget phone, and reflects exceptionally good value given the phone's solid build quality and good specifications.


The Verge noted a secondary benefit of choosing this cheaper phone: "The best part about a competent, affordable smartphone like the Moto E? It doesn't control me. I won't worry as much about losing it, or having it stolen, or dropping it on concrete."

The design of the Moto E (2015) is both elegant and comfortable - which might surprise some people given that it's not the slimmest phone on the market, with a width (thickness) of 12.3mm, compared to 7.1mm for the iPhone 6 and 9.61mm for the HTC One M9.


In the words of Engadget, "The big takeaway is that it actually has some style to it." It's not that the Moto E (2015) is the prettiest phone out there, but its solid build quality is complimented by a functional curved design that's simple and ergonomically friendly, as demonstrated by the circular indent on the back of the phone which, many reviewers noted, acts as a natural resting space for your index finger.


The design is customisable, with the plastic band around the phone being able to be swapped out with other coloured bands (sold separately).

Despite including 1GB of RAM and an Adreno 306 processor (an upgrade on last year's model), the Moto E (2015)'s overall performance is a pain point many reviewers brought up. A generally slow performance was reported on all around, but this was acceptable (or at least not unexpected) for the price of the handset, as Alphr comments: "As soon as you start to run more than three or four apps simultaneously, things do slow down rather noticeably  this is a budget phone, after all."


Some reviewers reported that they received 'challenging' call quality using the Moto E (2015) on certain networks, with reports of calls sounding faint or distant. Others noted a perfectly clear call quality on different networks. Aside from the phone's speakers being relatively quiet, the reviewers couldn't, unfortunately, confirm what was causing the sound issues some experienced.

The Moto E (2015) is an affordable phone that doesn't feel cheap; that is, until you open up its camera. The 5-megapixel camera has been rightly slated by reviewers, with it being described as everything from 'mediocre' to 'terrible', and in the words of The Verge: "Sure, there are bad cameras all up and down the Android price range, but the Moto E's camera is actual garbage that belongs in an actual garbage bin."


Despite being fine for bright, indoor photos and outdoor daytime shots, the Moto E (2015)'s main camera cannot perform well in low light. This could be a deciding factor for many, with the phone's 0.3-megapixel front-facing camera (unsurprisingly) also being described as particularly poor.


One function that was jumped on by a number of reviewers was the 'Quick Capture' feature, which lets you open the Moto E (2015)'s camera by simply twisting your wrist; even when your phone is locked. Many reviewers found this feature to work well, and Trusted Reviews summed it up as: "The camera has panorama and Burst modes as well as Quick Capture, which opens and switches the camera using a double twisting wrist motion. The features don't improve the camera per se, but they're useful all the same."

The Moto E (2015)'s display is slightly larger than last year's model, 4.5 inches compared to 4.3, though the resolution remains relatively low. However, this is to be reasonably expected for such an affordable phone. The International Business Times commented: "Despite the larger screen size, the actual pixel resolution (960 x 540) has remained the same. This leads to a further reduction in definition and detail on a screen that was merely adequate to begin with."


There were also complaints about the Moto E (2015)'s display being hard to read outdoors, even on overcast days with the phone's screen at full brightness. On the plus side, the screen itself comes fitted with Gorilla Glass 3, making it less prone to damage.

Perhaps the most pleasing feature of the Moto E (2015) is that in keeping with previous Moto phones, it comes with an unbloated version of Android 5.0 Lollipop, meaning Motorola won't clutter up your new phone's home screen with a bunch of apps you don't want or need.


Overall, the phone is very usable and good value for the money, though possibly some lower-spec features such as the camera may put off some buyers.

Every day, we search through thousands of tariffs and offers from UK online retailers to find the best Motorola Moto E (2015 Version) deals and contracts across a selection of price points and needs.

Finding the perfect deal is easy. Just use the sliders to filter tariffs for minutes, data, monthly cost and upfront cost. You can also filter by network and retailer to find the best Motorola Moto E (2015 Version) deal for you!

The cheapest contract price in this category is cheaper than buying the Motorola Moto E (2015 Version) SIM Free and a comparable SIM Only tariff by .
View SIM Only Contracts View SIM Free Prices

You could save on the cheapest contract price in this category by buying the Motorola Moto E (2015 Version) SIM Free and a comparable SIM Only tariff separately.
View SIM Only Contracts View SIM Free Prices