Getting to know the iPhone 7 Plus

The iPhone 7 Plus features a design that bears a strong resemblance to the 6 Plus and 6s Plus, but there are some subtle yet significant improvements. Overall, the design newer version is noticeably cleaner; the antenna lines that were on the back of the previous models are more discreet, and are built into the handset. There's still a camera bump though, which keeps it from sitting flat on a table, like the iPhone 6 and 6s before it. The iPhone 7 Plus comes in 5 colours: Gold, Silver, Rose Gold, Black and a shiny, glossy Jet Black. Apple has warned that the Jet Black version may be especially prone to scratches, so may want to get a case if you want to keep it in optimal condition. 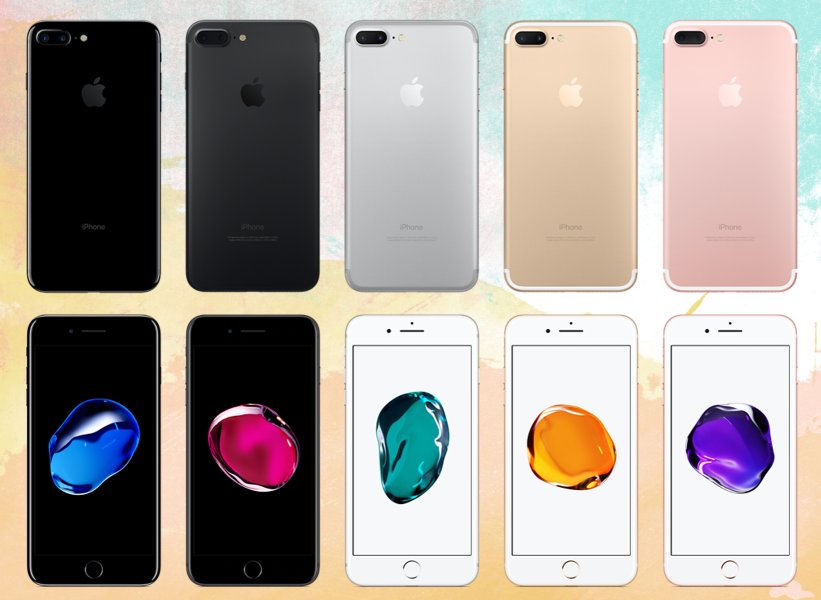 From left to right: the iPhone 7 in Jet Black, Black, Silver, Gold, and Rose Gold

The camera of the iPhone 7 Plus is one of its standout features, with two lenses on the back of the phone.

This isn't the first device with a two-lens setup (notable examples include the LG G5 and Huawei's P9), but its how the lenses are used to take good photos that matters. The iPhone 7 Plus features the same 12-megapixel wide angle lens as the iPhone 7, and adds a 12-megapixel telephoto lens. When combined, thay allow for a 2x optical zoom and 10x digital zoom. 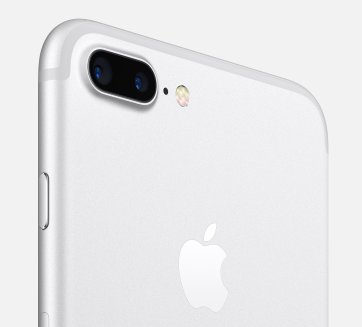 Dual cameras on the iPhone 7 Plus

The dual lens setup will also allow for 'portrait' photos with a depth-of-field effect - the differences in the lenses are used to create an out-of-focus blur in the background behind the subject (this effect is also known as bokkeh). This mode will be available through a software update in late 2016.

Depth of field effect in action

Like the iPhone 7, the larger f/1.8 aperture of the lenses enable more light to be captured, which means better photos in dark, poorly lit conditions. The front camera has been updated to 7 megapixels, which means better selfies. Apple also claims that its new image processor will use machine learning to enable better autofocusing, exposure, and color-correction.

The iPhone 7 Plus no longer has a traditional 3.5mm headphone socket. Instead, the headphones supplied with the iPhone connect to the Lightning port (the same one you use for charging). This will inevitably frustrate many people, especially if they have invested large amounts of money in high-end headphones. It also means you can't easily charge and listen to music at the same time. To ease the transition, Apple is providing a free adaptor when you buy the new iPhone so you can use your own headphones. In the long term, Apple is trying to encourage users to use wireless audio, and to that end will be releasing wireless AirPods soon. Both the iPhone 7 and iPhone 7 Plus have stereo speakers, providing sound twice as loud as that on the iPhone 6s. 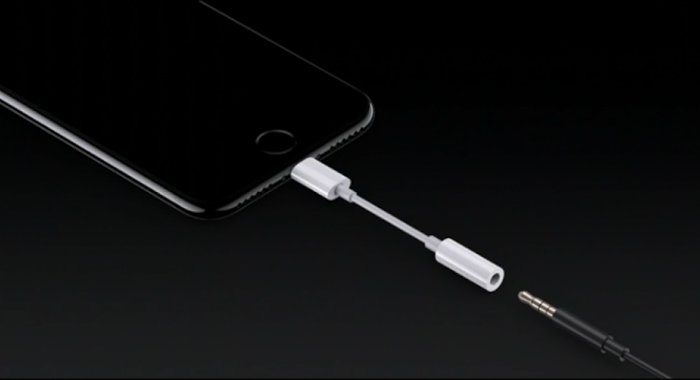 A subtle change to the home button is that it no longer clicks in. The new button will be pressure-sensitive, and use haptic feedback to make it feel like you're pushing it in, even though it doesn't actually move. Apple has used a similar trick for the trackpads on MacBooks that simulate a mechanical click when you tap on it.

One of the big improvements of the iPhone 7 and iPhone 7 Plus compared to older iPhones is water and dust resistance. The device is IP67 certified, which means that it's resistant to dust, and can survive being submerged in about a metre of water for up to 30 minutes. This has been a feature of various Android phones over the last few years, and is a welcome added feature for the iPhone. 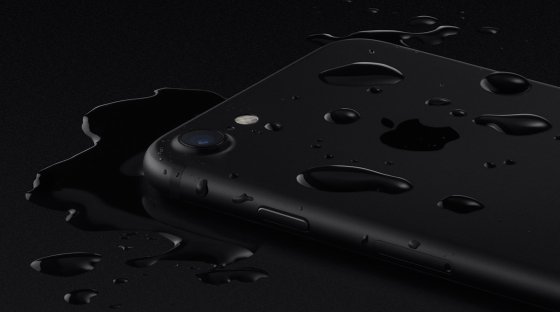 For the iPhone 7 and 7 Plus, Apple has finally updated the storage options and increased the size of the smallest option from 16GB to 32GB - a welcome (and somewhat belated) improvement, meaning that even the most basic version will allow for room to shoot and store larger video files. Both the 7 and 7 Plus are available with 32GB, 128GB or 256GB (the Jet Black is only available with 128GB and 256GB).

In terms of screen size and resolution, nothing has changed compared to the last couple of iterations. The iPhone 7 has a 1334x750 4.7 inch screen, whereas the 5.5 inch 7 Plus has a screen resolution of 1920x1080 (Full HD). However, the displays are 25 percent brighter, with a wider color gamut for better color management and reproduction.

The iPhone 7 and 7 Plus are available for purchase. Click on the Best Deals tab to find the best prices.

The iPhone 7 and 7 Plus cost more than their predecessors. While the cheapest iPhone 6s was priced at Â£539 when released in 2015, the cheapest iPhone 7 will set customers back Â£599 instead. The price bump for the cheapest Plus model is even larger - from Â£619 for the iPhone 6s Plus to Â£719 for the iPhone 7 Plus. It's worth pointing out that the new models start with 32GB storage as opposed to previous models with 16GB, but in the US, Apple isn't charging more for the newer model - the 16GB iPhone 6s cost $649 when it was released, and the 32GB iPhone 7 is being offered at the same price.

Every day, we search through thousands of tariffs and offers from UK online retailers to find the best Apple iPhone 7 Plus deals and contracts across a selection of price points and needs.

Finding the perfect deal is easy. Just use the sliders to filter tariffs for minutes, data, monthly cost and upfront cost. You can also filter by network and retailer to find the best Apple iPhone 7 Plus deal for you!

The cheapest contract price in this category is cheaper than buying the Apple iPhone 7 Plus SIM Free and a comparable SIM Only tariff by .
View SIM Only Contracts View SIM Free Prices

You could save on the cheapest contract price in this category by buying the Apple iPhone 7 Plus SIM Free and a comparable SIM Only tariff separately.
View SIM Only Contracts View SIM Free Prices

Photos taken with the Apple iPhone 7 Plus