Samsung Galaxy Note 4 vs Note Edge vs S5: How they compare

Earlier today, Samsung announced the Galaxy Note 4. In a surprise move Samsung also announced the Galaxy Note Edge, with a screen that curves around right edge of the phone. The Note 4 follows in the tradition of the highly successful Note range, offering a large screen, top of the range specs and the use of the S-Pen stylus. In this chart, we compare the three flagship devices from Samsung. 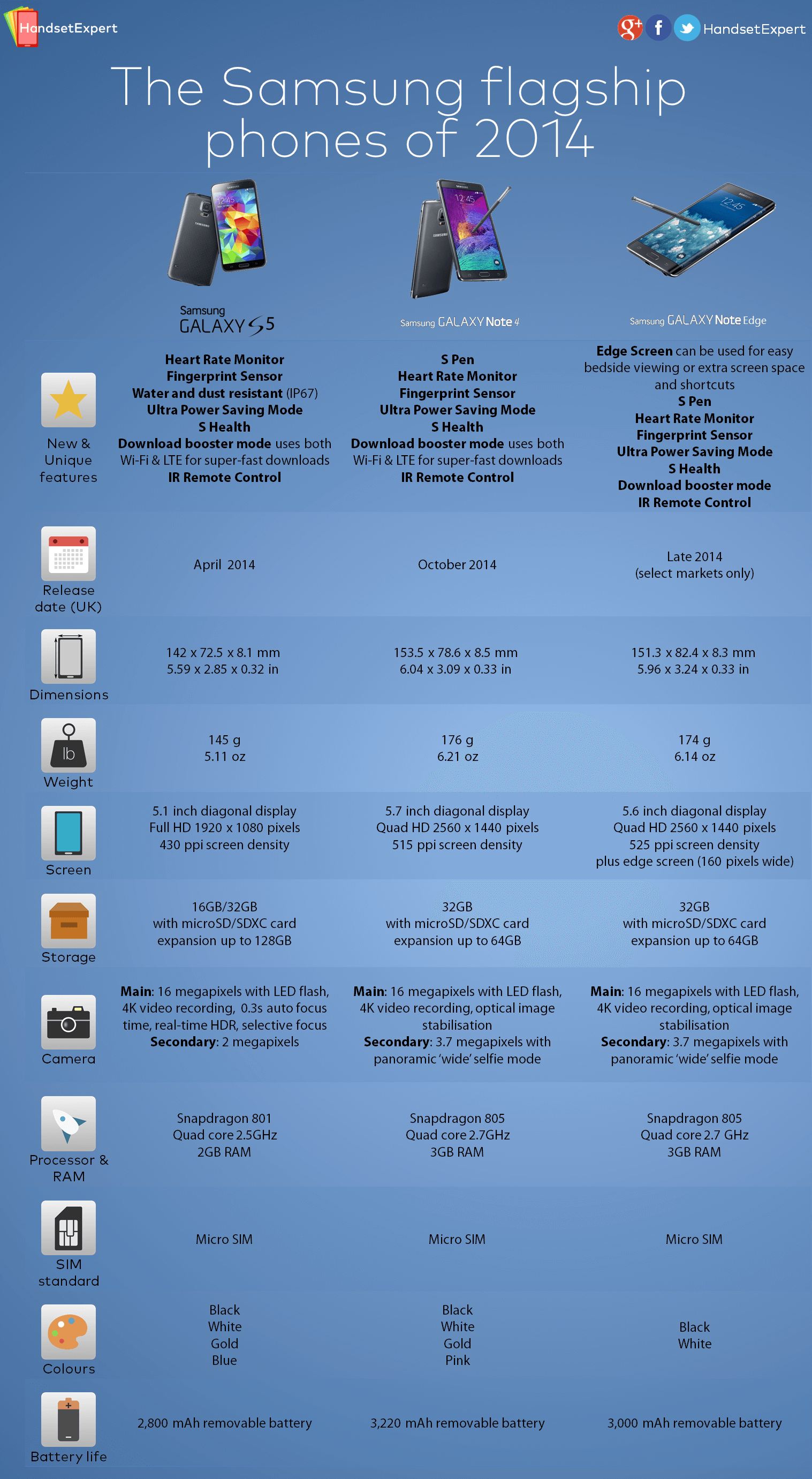