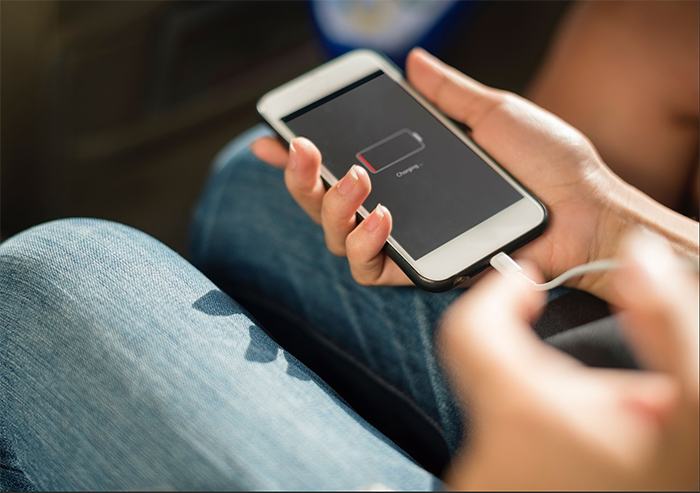 Super-sharp displays, amazing cameras, blistering performance - all these smartphone features are great, but all that flashiness and power will be wasted if your phone runs out of juice after a few hours. With that in mind, we’ve scoured the smartphone ranks to discover the best battery life phone of 2017.

If you’re looking to find a new phone that goes the distance, check out the handsets below to find out which is the best phone for battery life - and which one might be best for you.

No matter which handset you choose, though, there are steps you can take to make your phone battery last longer.

Whatever phone you have, with a few simple changes to the way you use your handset you can see big improvements in the length of time your battery lasts.

Here are our tips for making your phone battery last longer:

The best phones for battery life

Of course, the best way to make your battery last a long time is to get one of the phones with the best battery life in the first place.

A good indicator of battery life is the size of the battery. It’s not the only factor at work, but generally the higher the battery capacity, the longer it will last. Batteries over 3,500mAh should handle more than a day of typical usage on a single charge, although there are exceptions.

If you choose a handset with a big battery, you should consider whether it has quick charging technology as well. If it doesn’t, all that extra capacity could end up taking hours to charge.

To save you some time in your search for the phone with the best battery life, we’ve scoured the web and come up with a list of seven of the top contenders for the title. 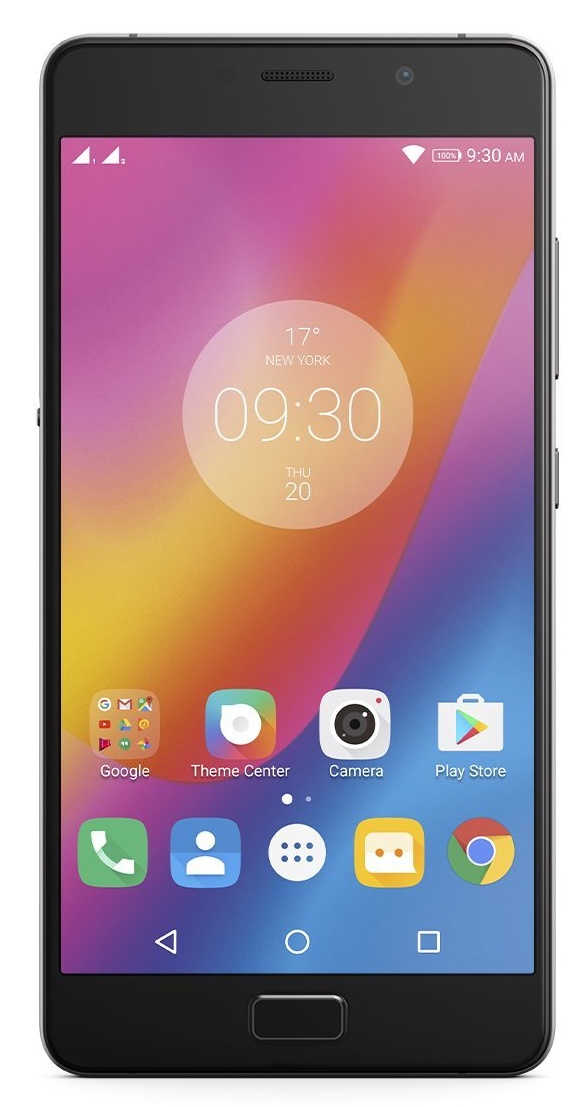 The Lenovo P2’s battery life is its headline feature, with some reviewers hailing it as the best battery life phone out there.

Its massive 5,100mAh battery is the biggest set of cells on this list. A lower-end processor provides decent performance whilst allowing that big battery to really do its job. Lenovo claims you’ll enjoy up to three days of battery life without having to recharge.

The supplied fast charger means you can charge that big battery from empty to full in around an hour and a half, and the battery is even big enough to use as a power bank to charge other devices.

The Lenovo P2 is no longer available in the UK through most mainstream retailers, although it is still possible to get hold of it on Amazon and eBay. 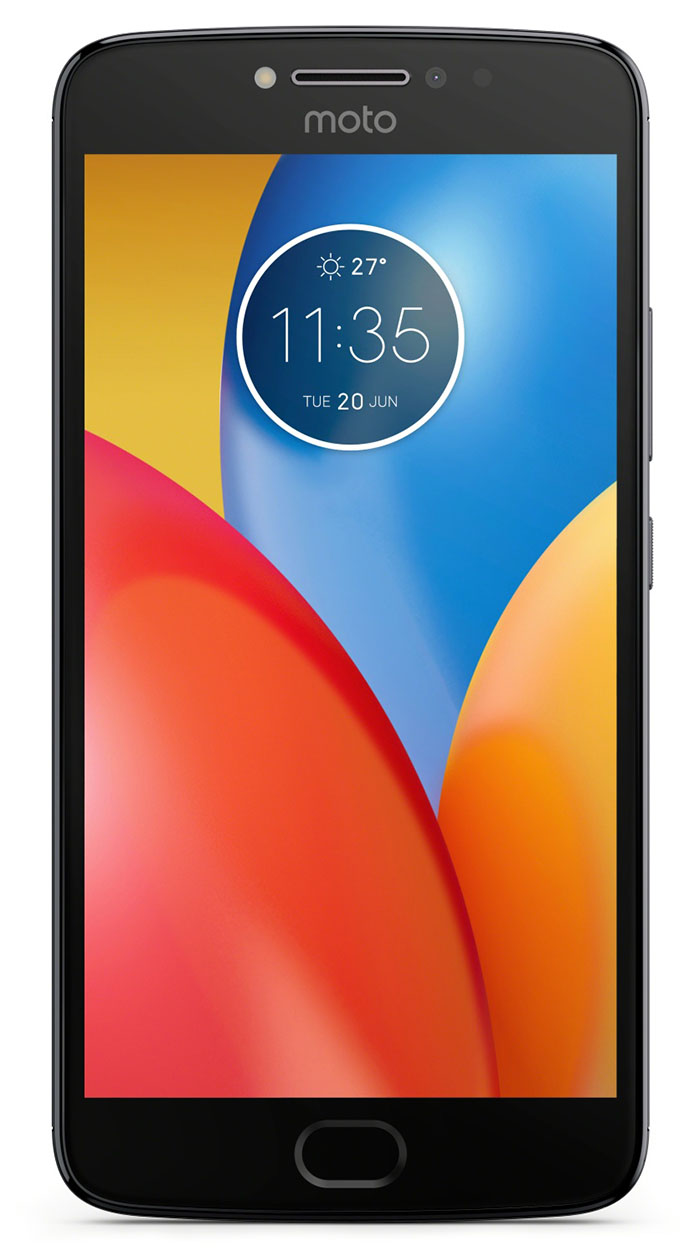 The Lenovo P2 has competition as the best battery life phone available in the Moto E4 Plus, whose longevity universally impressed reviewers. A budget price tag sweetens the deal even more.

Its formidable battery life, which Motorola claims will last up to two days on a single charge, comes courtesy of a huge 5,000mAh cell. Combined with lower-end specs, this makes it a great phone for people who value battery life above all else.

The Moto E4 Plus comes with fast charging technology, which requires the dedicated charger included in the box. With a standard charger that massive battery takes a considerable amount of time to charge.

The Samsung Galaxy S8 Plus is an exceptional device, with it and its smaller sibling the Galaxy S8 widely acknowledged to be the best smartphones you can buy at the moment.

Whilst the two phones are largely similar in terms of specs, it’s the larger S8 Plus that wins on battery life, with a 3,500mAh battery compared to the S8’s 3,000mAh cell.

The Galaxy S8 Plus is as high-end as they come, with a stunning display and super speedy performance. Yet even powering all those premium features, the battery still manages to last an impressive amount of time.

Samsung states the S8 Plus provides up to 24 hours’ talk time. It comes with fast charging and wireless charging capabilities, making it quick and convenient to power up. 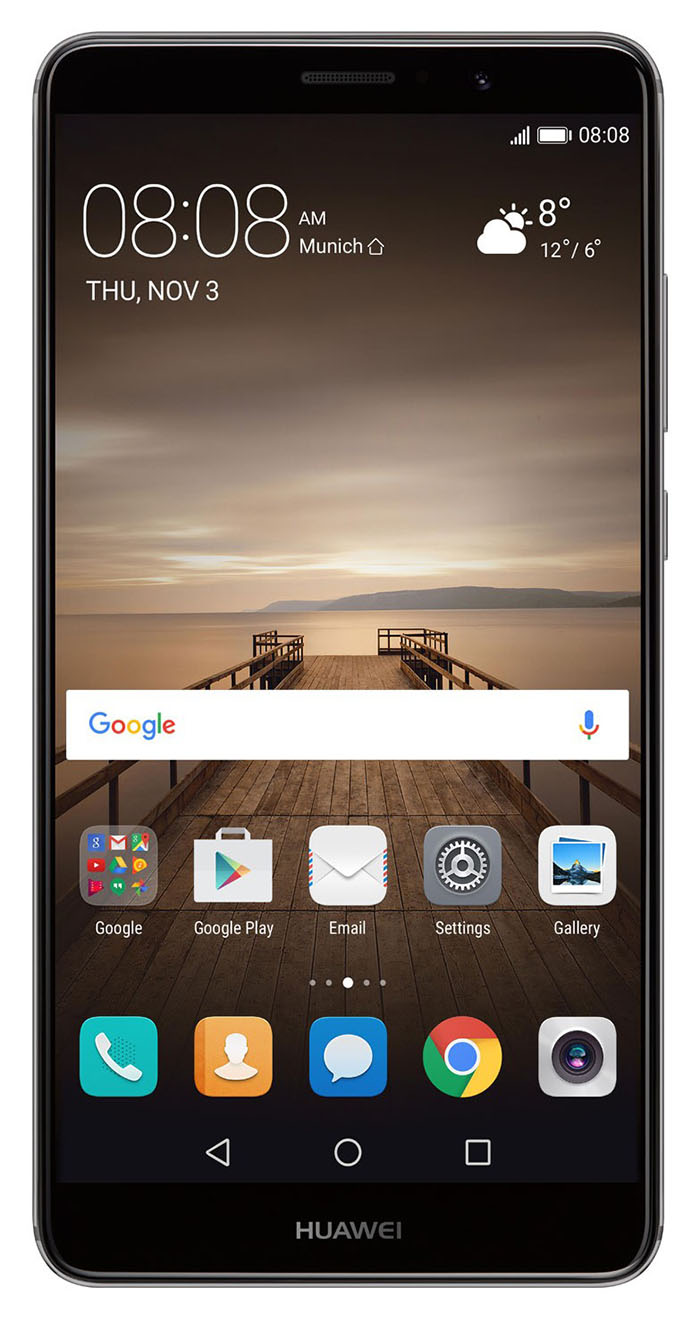 The Huawei Mate 9 is a powerful performer with a big, beautiful screen, and its large 4,000mAh cell makes its long battery life a standout feature.

The Mate 9 comes with quick charging technology, and as with the Moto E4 Plus, you’ll need it if you don’t fancy waiting hours for your phone to charge.

The supplied power brick will take it from 0% to 100% in around an hour, whereas a standard charger will take three or four times longer. 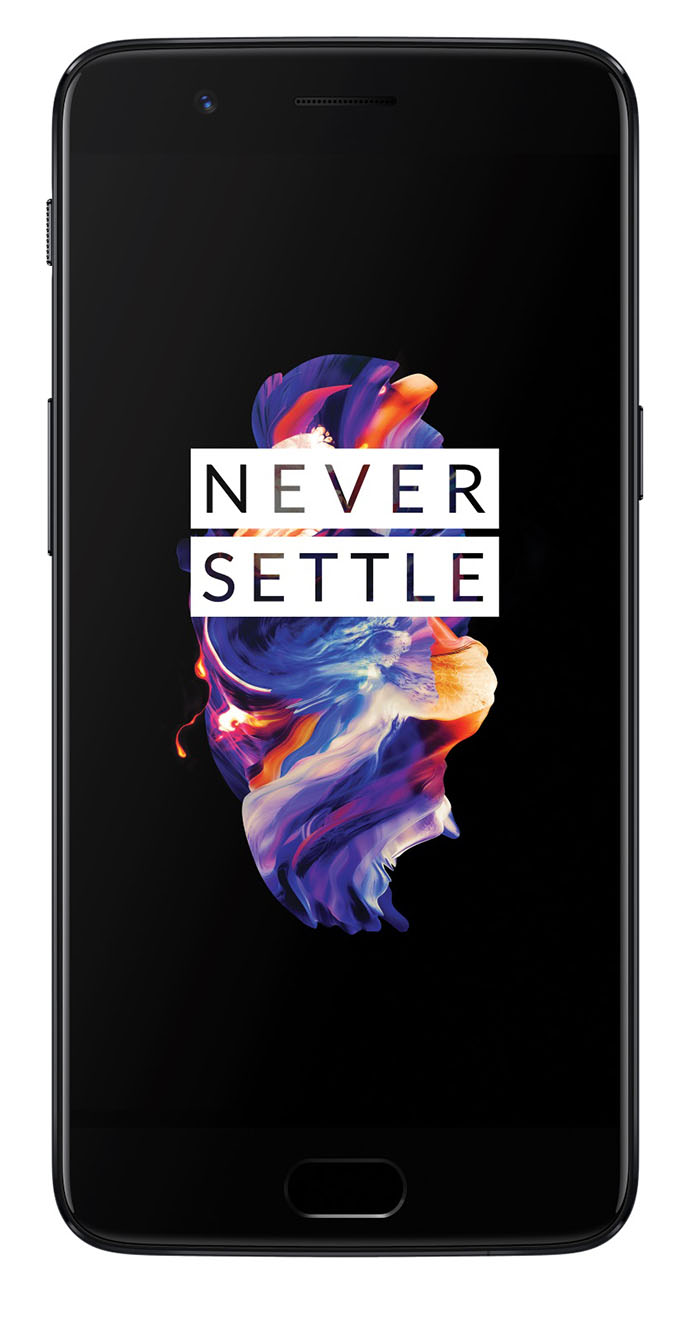 A relative newbie in the smartphone market, OnePlus is known for making flagship-quality phones at sub-flagship prices. The OnePlus 5 is no exception - the Chinese company has built on its previous successes to create one of the best smartphones of 2017.

Along with brilliant performance, a solid camera and a premium design, the OnePlus 5 measures up to the top flagship handsets in terms of battery life.

Whilst its 3,300mAh battery is 100mAh smaller than that of its predecessor, the OnePlus 3T, the 5’s more advanced processing technology makes it consume power more efficiently.

The OnePlus 5’s fast charging tech powers the phone up quickly, taking it from empty to full in around an hour. Like other phones on our list, you’ll need to use the supplied charger to take advantage of this. 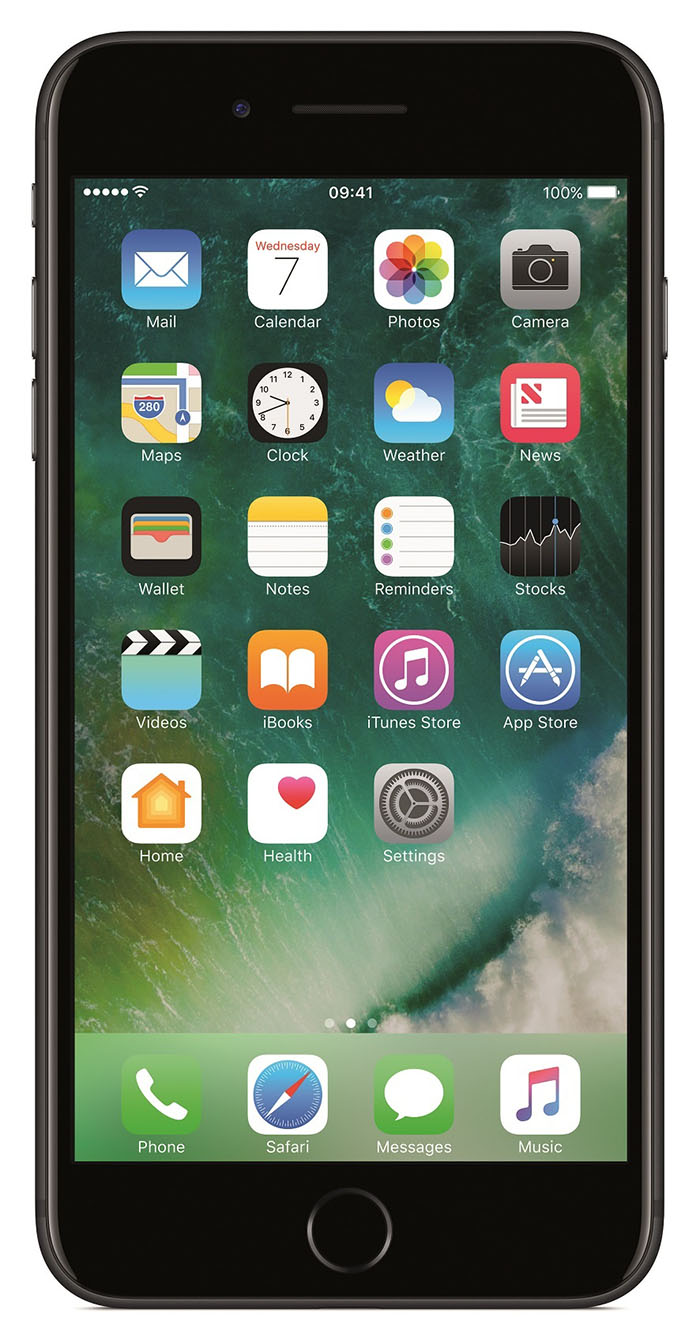 For Apple devotees, you can’t do better than the larger version of the company’s latest flagship offering, the iPhone 7 Plus.

Apple claims the 7 Plus offers up to 21 hours’ talk time, and lasts an hour longer per charge than its predecessor, the 6S Plus.

The 7 Plus’ larger size gives it room for a 2,900mAh battery, compared to the 7’s 1,960mAh cell. As the two phones are otherwise pretty similar (apart from the superior camera on the 7 Plus), that extra battery capacity means an extra chunk of battery life.

The only downside is that Apple has refrained from jumping on the quick charging bandwagon, meaning the iPhone 7 Plus charges more slowly than most other phones on this list. 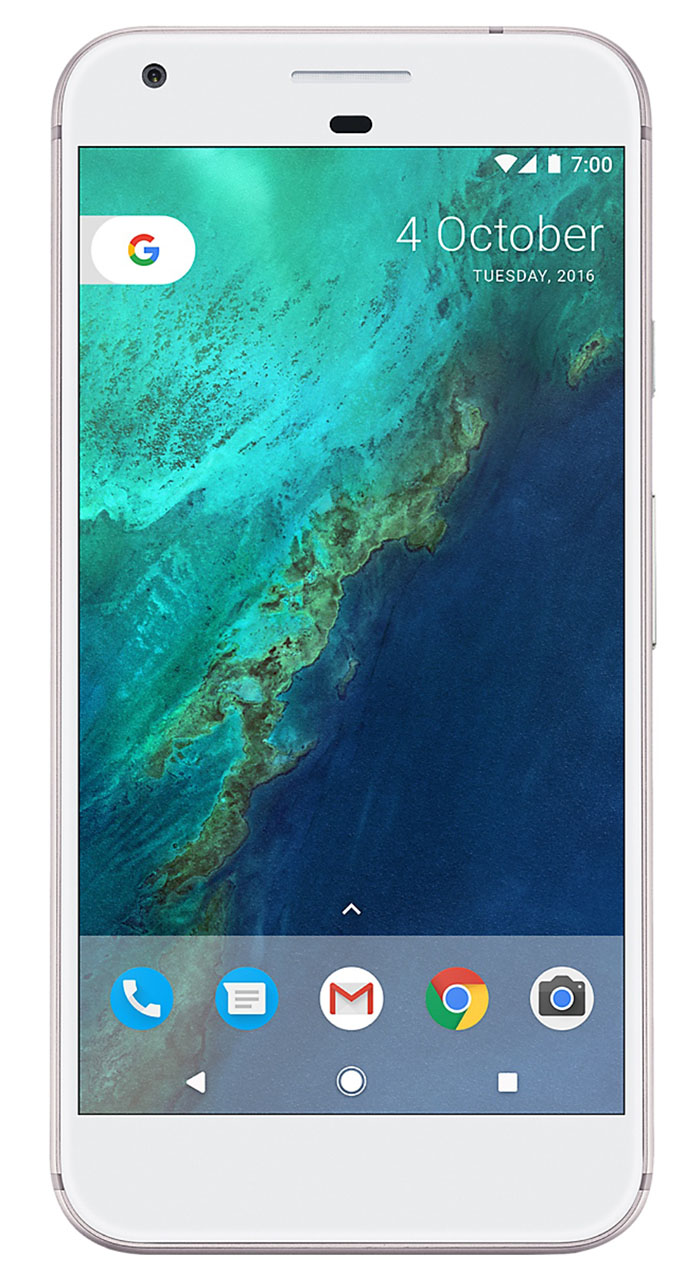 The Pixel XL and its smaller counterpart the Pixel are the first phones made entirely by Google, offering a superb Pure Android experience and high-end specs that can compete with the likes of Samsung and Apple.

The Pixel XL packs in a big 3,450mAh battery (compared to the Pixel’s 2,770mAh), which Google says will last all day.

Like many other phone manufacturers, Google includes a fast charging option, which it claims will give you seven hours’ worth of battery life in 15 minutes.

The supplied fast charger uses a USB-C port, so you’ll have to carry around the USB-C-to-USB-A cable to plug it into most computers. 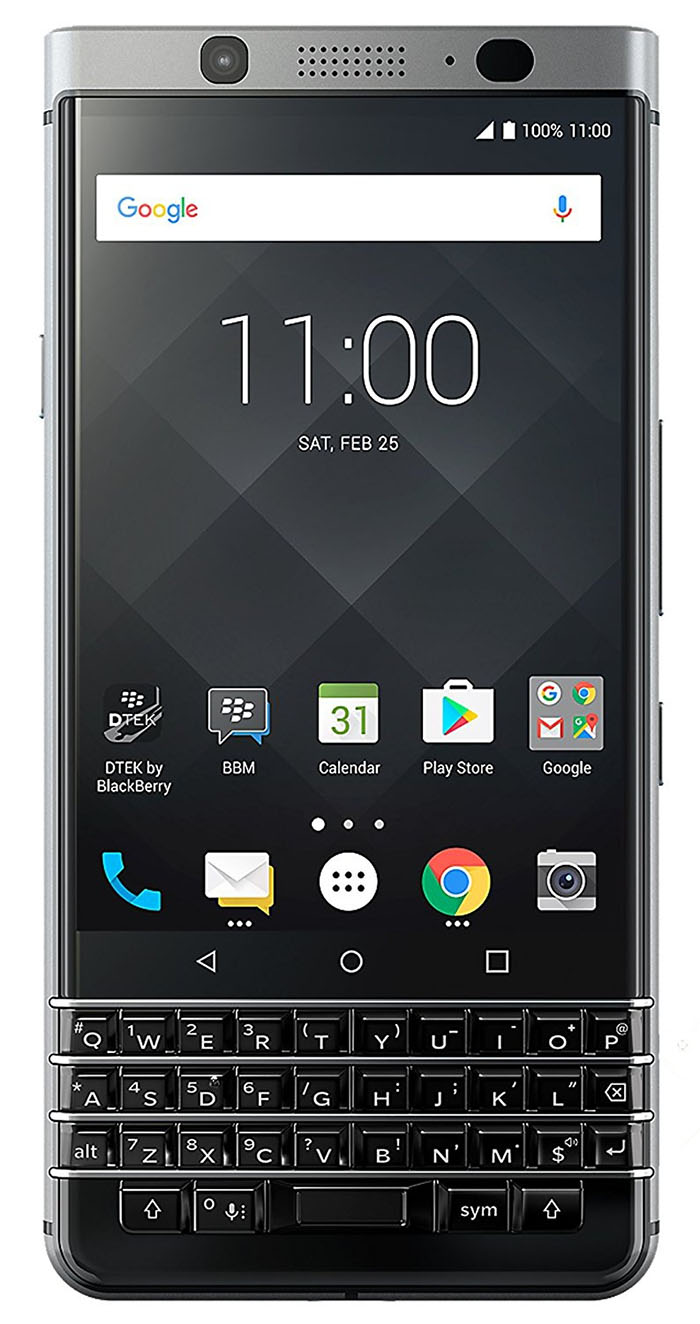 The KEYone signals a return to form for BlackBerry, resurrecting the company’s signature physical keyboard and pairing it with smart, secure software.

It’s far from the flashiest of phones. Its display is smaller than most, and its processor less powerful - but what it lacks in glitz and glam, it makes up for in stamina. BlackBerry claims the KEYone’s 3,505mAh battery - ‘the biggest battery ever put into a BlackBerry’ - will last you all day.

It has fast charging capability, and a ‘boost mode’, which suspends some background functions in order to charge even quicker.

As you can see from the list above, you don’t have to sacrifice great features for long battery life.

All the phones on our list should last at least until the end of the day, so if you hate having to lug a charger around with you, one of these could be for you.

The phone you choose will depend on what’s most important to you. If battery life is your number one concern, some of the cheaper options (the Moto E4 Plus, the BlackBerry KEYone) pair lower-end specs with a big battery, making them some of the very best phones for battery life.

If only the most premium phone will do, the larger versions of some of the top flagships (the Samsung Galaxy S8 Plus, the iPhone 7 Plus, the Google Pixel XL) marry the highest-end specs with superior battery capacity and efficient power consumption, giving them great longevity.

We hope you’ve found our guide to the best battery life phone of 2017 useful. Once you’ve selected a phone, click on the link below it to see a comparison of all the best deals available for that handset.

We’ll be updating this page regularly, so check back soon to see which phones are best for battery life.