The flagship phones of 2014: how they compare

HTC have just announced and released the all new HTC One. Sony and Samsung will also be releasing their flagship devices for 2014 in the coming weeks. In this chart, we compare the specs of the all new HTC One with the Galaxy S5 and the Xperia Z2.

Our HTC One (M8) deals and review summaries page is now up and running, so be sure to check it out for more information. If you want to see how the New HTC One fares against the older version, have a look at our chart here. 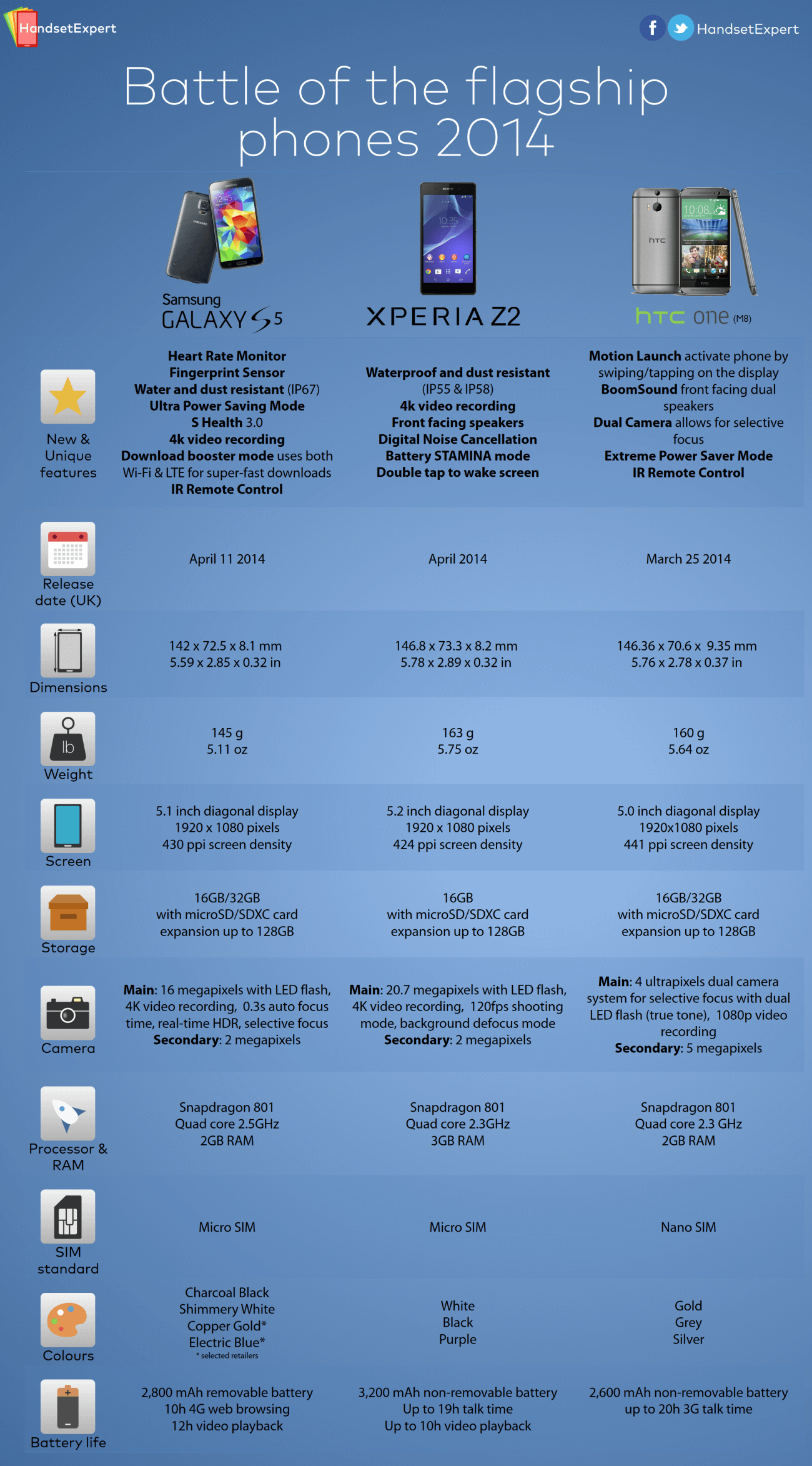