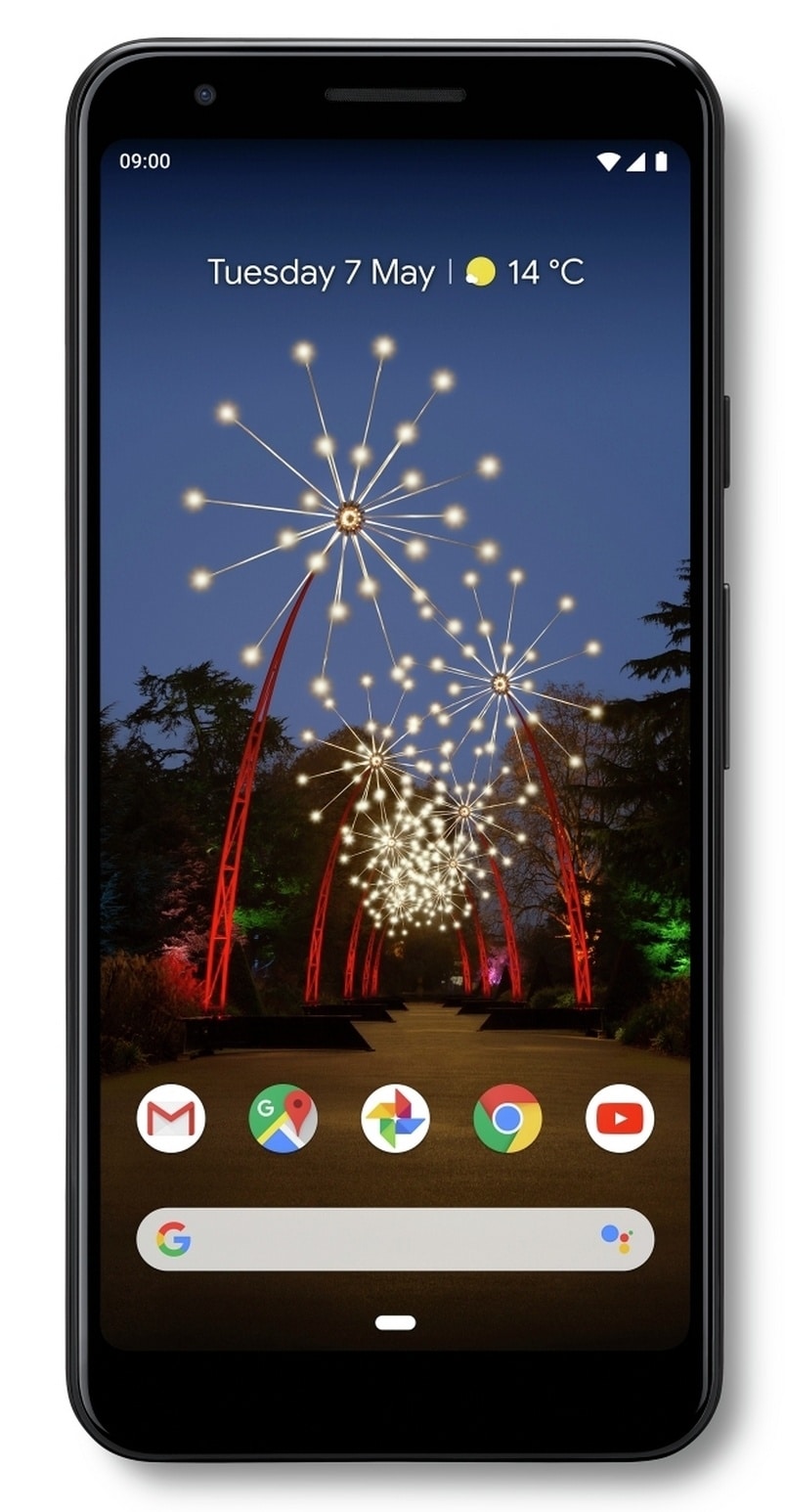 The Google Pixel 3a is the mid-range version of Google’s flagship, the Pixel 3. Its biggest selling point is that it has the same excellent camera as the Pixel 3, although it cuts a few corners elsewhere to achieve the lower price point.

The Google Pixel 3a: In more detail

Google has so far resolutely positioned its Pixel range at the premium end of the smartphone market, so the affordable Pixel 3a represents a notable departure from tradition. The Pixel 3a replicates many of the Pixel 3’s lauded features, including its camera, software, fingerprint scanner and the Active Edge function (which allows you to launch Google Assistant by squeezing the phone). But at nearly half the price of the Pixel 3, it seems Google has had to make sacrifices in terms of performance, battery life and build quality to fit those premium features in for under £400.

TechRadar found it took bright, detailed photos with well-rendered depth effects, although focus and shutter speed were a little slow. The Guardian thought it took ‘fantastic images almost every time’ and ‘tops any phone...on fine detail and HDR’. Trusted Reviews called the Pixel 3a’s camera ‘simply stunning’, and thought the sharpness and detail were ‘unmatched’ and the dynamic range ‘fantastic’.

Google’s Night Sight mode results in great low light photos, with Wired calling them ‘more impressive than they have the right to be’. Trusted Reviews found that photos taken in low light had strong colours and deep, inky skies, with minimal noise around details.

The Pixel 3a also has an 8MP front camera, but lacks the Pixel 3’s second 8MP sensor and wide-angle lens. TechRadar found the selfie camera took ‘generally impressive’ photos that were ‘bright and colourful’, although it has fewer modes and filters than many other phones.

At first glance, you’d be forgiven for mistaking the Pixel 3a for the Pixel 3. It’s similarly shaped, with rounded edges and screen corners, and has the same matt rear with a reflective panel at the top. However, the Pixel 3a’s rear panel is made of plastic, whereas the Pixel 3’s is glass.

Although it’s slightly bigger than the Pixel 3, it still fits easily in the hand: TechRadar said that ‘most won’t have to stretch to reach anything on the screen’. The plastic body means it’s also a bit lighter than the Pixel 3, at 148g. The Guardian thought it felt ‘well made and sturdy, if not quite as premium as similarly priced glass and metal rivals’.

The handset comes in black, white or lilac. While it lacks water resistance and only has one front-facing speaker (rather than two, like the Pixel 3), reviewers welcomed the inclusion of a 3.5mm headphone jack.

At 5.6 inches, the Pixel 3a’s display is on the small side compared to most of the latest flagships. It’s Full HD+ and OLED, with a resolution of 2,220 x 1,080. Coupled with the smaller screen size, this results in a high pixel density of 441ppi. What Hi-Fi? found this gave a sharp image with plenty of texture, although it was less accurate than 4K.

Trusted Reviews called the display ‘stunning’ and ‘the best you’ll find at that price’, with vibrant colours, superb viewing angles and no visible pixels. TechRadar thought it was ‘more than adequate’ but less impressive than the Pixel 3’s, with ‘a rather limited max brightness and weaker colour reproduction’. Wired thought the contrast levels ‘could be kicked up a touch’, but that otherwise it was ‘sharp and vivid and does the job’.

The Pixel 3a is powered by a Snapdragon 670 chipset. This makes it noticeably slower than high-end flagship phones, but it’s still fast enough to handle everyday tasks with ease.

While heavier tasks may result in a dip in performance, TechRadar said it’s generally ‘quick enough’, The Guardian thought it performed ‘far better than its paper specs might suggest’ and Trusted Reviews called its performance ‘good, if not standout’.

The Pixel 3a has a 3,000mAh battery - which TechRadar found ‘rather impressive’, as it lasted a full day of normal-to-heavy use. The Guardian found it lasted just under 24 hours between charges, while Tech Advisor found it used about half a full charge in a typical day. It lacks wireless charging, but its 18W fast charging will get you to around 50% in half an hour.

The choice between the Google Pixel 3a and its larger equivalent, the Pixel 3a XL, comes down to what you value in your phone. While the 3a XL might immediately emerge as the stand out of the two due to its higher capacity 3,700mAh battery and larger 6 inch display, the Pixel 3a has its own strengths.

One of these strengths is the recommended price point - the Pixel 3a retails at a slightly cheaper £399 to the Pixel 3a XL’s £469. As the two phones run on the same Snapdragon chipset, this price difference might entice the more deal-focused customer.

Every day, we search through thousands of tariffs and offers from UK online retailers to find the best Google Pixel 3A deals and contracts across a selection of price points and needs.

Finding the perfect deal is easy. Just use the sliders to filter tariffs for minutes, data, monthly cost and upfront cost. You can also filter by network and retailer to find the best Google Pixel 3A deal for you!

The cheapest contract price in this category is cheaper than buying the Google Pixel 3A SIM Free and a comparable SIM Only tariff by .
View SIM Only Contracts View SIM Free Prices

You could save on the cheapest contract price in this category by buying the Google Pixel 3A SIM Free and a comparable SIM Only tariff separately.
View SIM Only Contracts View SIM Free Prices

Photos taken with the Google Pixel 3A